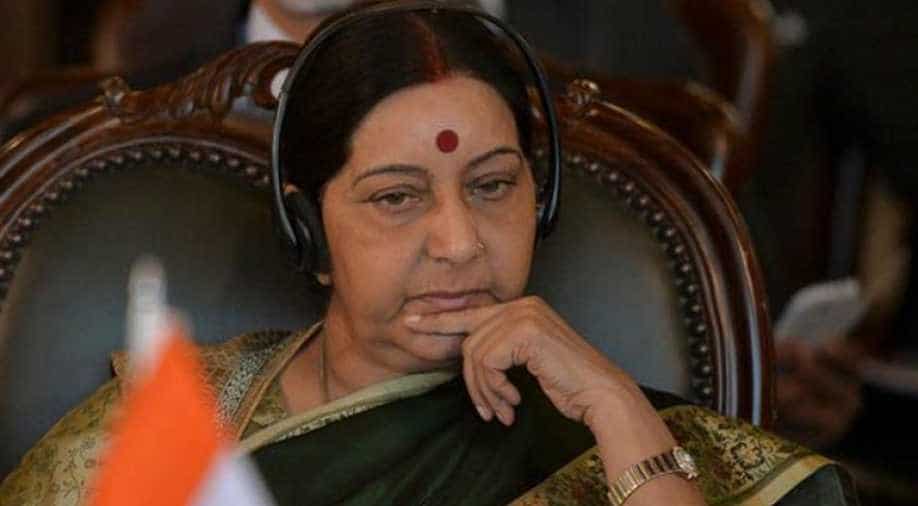 Condemning all forms of terrorism in the meeting, Swaraj stressed upon improving its connectivity with SCO countries and build trust between the nations.? Photograph:( ANI )

India has asked for an investigation into North Korea`s nuclear proliferation links.

India adding that those involved must be held accountable.

"Those involved" was a veiled reference to Pakistan.

External Affairs Minister Sushma Swaraj asked for the investigation during her trilateral meeting with United States secretary of state Rex Tillerson, and her Japanese counterpart Taro Kono on Monday on the sidelines of the ongoing United Nations General Assembly session in New York.

When asked about the Democratic People`s Republic of Korea (DPRK), ANI reported the spokesperson for the ministry of external affairs, Raveesh Kumar, as saying the external affairs minister deplored its recent actions.

EAM deplored North Korea's recent actions&stated its proliferation linkages must be explored & those involved must be held accountable: MEA pic.twitter.com/VtjGqnAc75

Kumar said that "its proliferation linkages must be explored and those involved be held accountable."

"I think I am giving you enough material to try to figure out what we are talking about," he added.