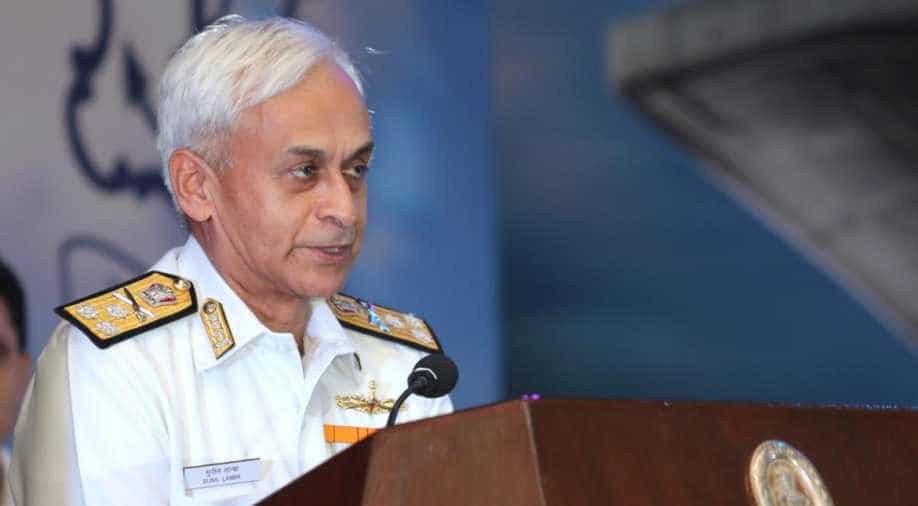 Lanba added that the navy was in touch with Kulbhushan Jadhav who is currently in Pakistani custody.

Lanba added that the navy had apprehended 120 pirates.

Lanba added that he did not think of John Allen Chau's death as a failure of "coastal security". Chau, an American, was recently killed by tribesmen on North Sentinel Island in the Andamans.

The Sentinelese are one of the world's last uncontacted tribes. Visitors are not allowed on to their island with the navy enforcing a three-kilometre buffer around North Sentinel.

Admiral Sunil Lanba on American tourist John Allen Chau killed in Andaman: I don't see this as failure of coastal security construct.He came as tourist in Andaman&Nicobar island&had requisite permissions to be there. It's being investigated by ANC(Andaman&Nicobar Command) police. pic.twitter.com/QzqIMG75wm

And Lanba added that the navy was in touch with Kulbhushan Jadhav's family "and are providing them all assistance".

Chief of Naval staff Admiral Sunil Lanba on Kulbhushan Jadhav: We are in touch with his family & are providing them all assistance. pic.twitter.com/ljscXrBKyn

Pakistan says Jadhav is a serving Indian naval officer who was caught spying in Pakistan. India says Jadhav has retired from the navy.