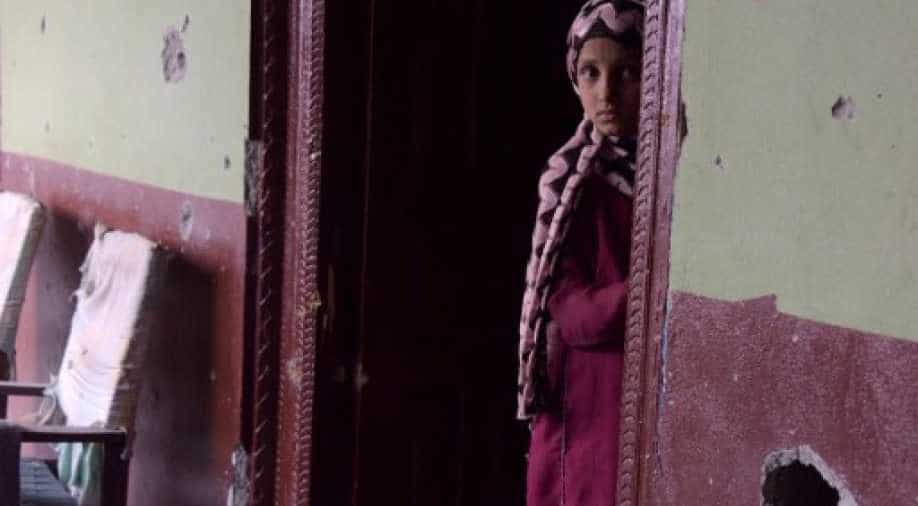 A Pakistani Kashmiri girl stands alongside a bullet-riddled wall of her house following the cross-border shelling in Nakyal, Pakistan-administered Kashmir, in November 4. Photograph:( AFP )

Indian ministry of home affairs has said it will reimburse all funds spent by the Jammu and Kashmir government which it paid as compensation for damages and losses to the victims of cross-border firing.

In the last two months, there has been a string of cross-border firing in Poonch, Uri,  Bandipora and other areas leading to the deaths of several civilians.

Due to the constant border firing, the houses of several villagers were damaged.