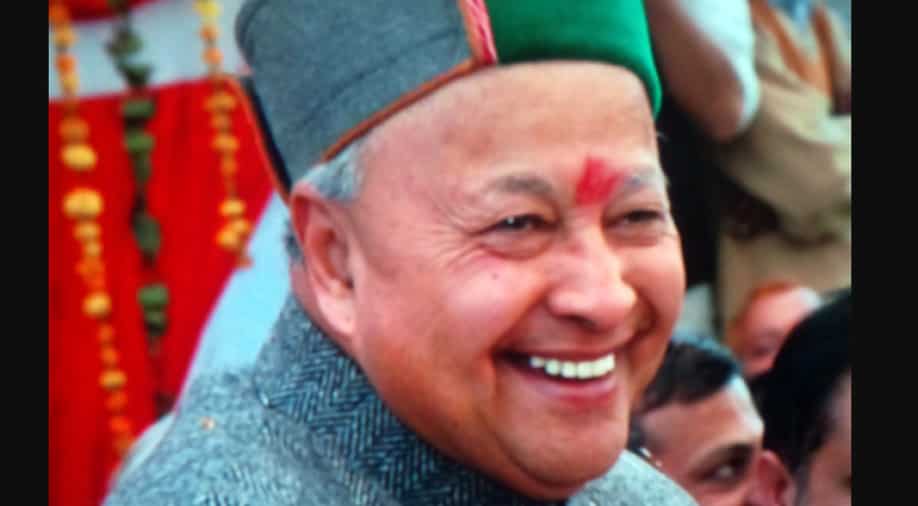 The last date for the filing of nominations is October 23. In photo: Himachal Chief Minister Virbhadra Singh. (Image source: Wikimedia Commons) Photograph:( Others )

The filing of nominations for the November 9 Assembly polls in Himachal Pradesh is scheduled to begin on Monday, but both the major political parties, the Congress and the BJP, are yet to announce their candidates.

Of the 7,521 polling booths in the state, 136 (two each in the 68 constituencies) would only have women officials, Chief Electoral Officer (CEO) Pushpender Rajput said.

The elections will be held on November 9

He added that the counting of votes would be taken up on December 18 and the Model Code of Conduct would remain in force till December 20.

Of the 68 Assembly segments in the state, 17 were reserved for the scheduled castes and three for scheduled tribes, Rajput said.

The total number of registered voters in the state was 49,13,888, he said, adding that the figure was likely to go up once the pending cases for registration of voters were disposed of.

The CEO said electronic voting machines (EVMs), connected to voter-verifiable paper audit trail (VVPAT) machines, would be used in all the 7,521 polling booths.

VVPAT machines would be used for the first time in the Himachal Assembly polls and they would enable a voter to see the name and election symbol of the candidate he has voted for for seven seconds, he added.