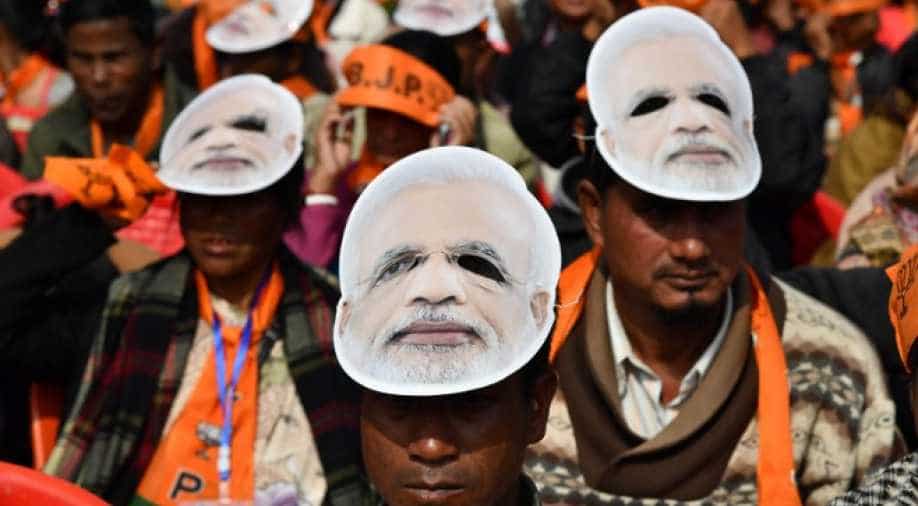 BJP has taken an early lead in Gujarat with the Congress close behind. Photograph:( AFP )

Gujarat chief minister Vijay Rupani has begun to trail in his constituency from Rajkot(West) with the Congress's Indranil Rajyaguru leading in early counting phase with the BJP and Congress in a close fight as early poll results have begun to come in the assembly elections.

The Congress and BJP are going neck-to-neck in north Gujarat, with both parties leading in eight seats respectively.

The Congress is currently leading in 88 seats, with the BJP trailing with 84 seats, Others(Independents) are leading in 2 seats.

The BJP which is expected to do well in the urban seats is up against Rahul Gandhi's Congress and ally Hardik Patel's PAAS which has put up several Independent candidates.