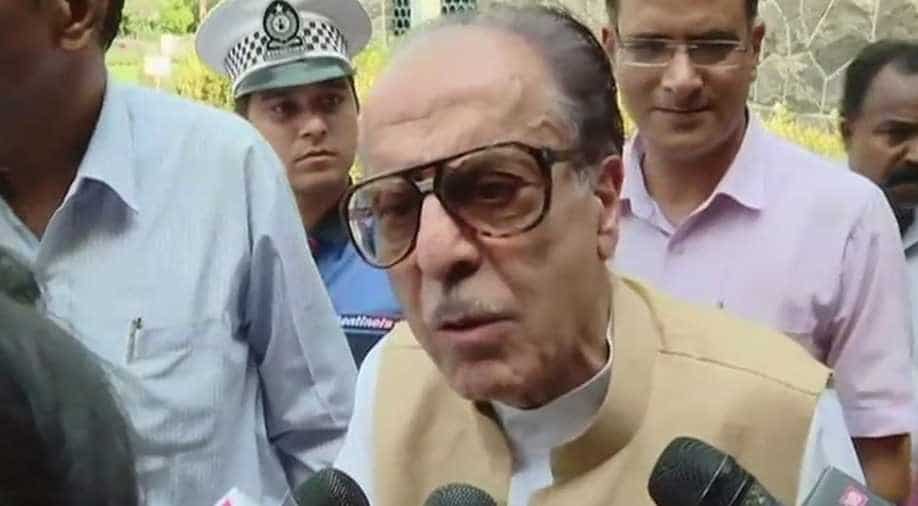 Ghulam Nabi Azad said that it was a suggestion that PDP, Congress and NC form a coalition government in Jammu and Kashmir

Mehbooba should move court as what Governor has done on Centre's instructions is ''undemocratic'' and ''unconstitutional'', he said.

Mehbooba Mufti wrote to Governor only after Congress and National Conference (NC) extended their support to PDP and Governor should have given her a chance, he added.

Meanwhile, Ghulam Nabi Azad said that it was a suggestion that PDP, Congress and NC form a coalition government in Jammu and Kashmir,

''I said this afternoon that it's a suggestion and no final decision has been taken yet (on PDP-NC-Congress alliance). BJP dissolved the assembly even though only a proposal was made,'' Azad added Jammu And Kashmir Governor's decision to dissolve the assembly.

Earlier, former chief minister and PDP patron Mehbooba Mufti staked the claim to form a government with the support of the Congress and the National Conference.

In a letter to the Governor, Mehbooba said the PDP is the largest party in the state assembly having a strength of 29 MLAs.

"Since I am presently in Srinagar, it would not be possible for me to call on you immediately and this is to keep you informed that we would be seeking your convenience shortly to stake the claim for forming the government in the state," Mehbooba said in her letter.