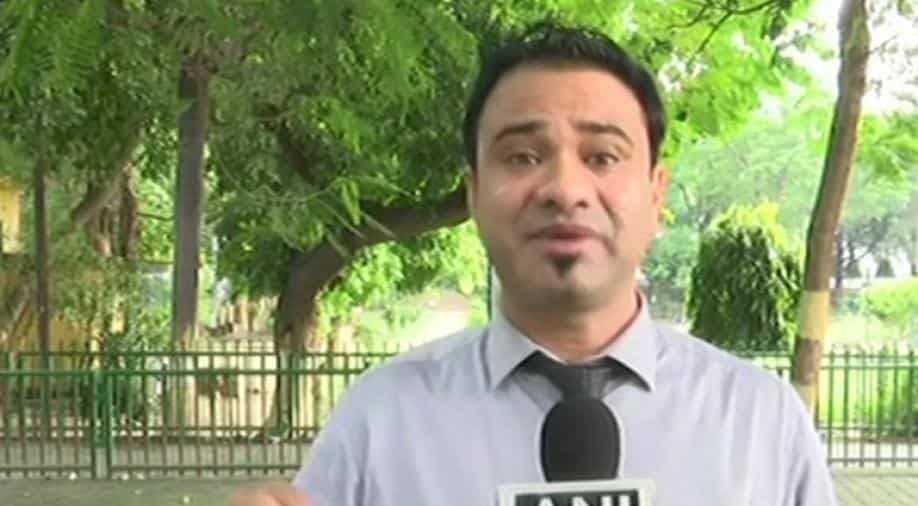 Dr Kafeel Khan has said Uttar Pradesh Chief Minister Yogi Adityanath is lying when he says the children who died in Gorakhpur last year did not do so because of a lack of oxygen.

Sixty children had died in one week at the government-run BRD Medical College last year in August.

News reports had at the time said the children had died because of a lack of oxygen. And that the supply of oxygen cylinders had been cut off because of the non-payment of dues. The UP government has since denied the charge.

Adityanath had on Sunday again said the deaths were not caused due to a lack of oxygen. He instead blamed the deaths on internal politics at the hospital.

He added that he began to take the situation seriously after the media reported that the death toll had gone up from 13 to 59. Adityanath said he had thought up till then that the deaths were because of Japanese encephalitis, which "usually happens at that time of the year."

#WATCH: UP CM Yogi Adityanath speaks on 2017 Gorakhpur infants death case, says, 'had there been a shortage of oxygen, then the children on ventilator would have died first.' (25.08.18) pic.twitter.com/lPjoVUmi5P

"Yogiji is doing politics and trying to mislead people," Dr Khan was quoted as saying by ANI on Monday.

"What CM has said is incorrect," he added. "Many newborns also died in the incident, newborns don’t get encephalitis."

And Khan reiterated that the oxygen supplier had written to hospital authorities to clear his dues.

What CM has said is incorrect.Many newborns also died in the incident, newborns don’t get Encephalitis.The supplier of oxygen had written to hospital authorities to clear his dues,to cont. oxygen supply: Dr Kafeel Khan on UP CM’s remark ‘infants didn’t die due to lack of oxygen’ pic.twitter.com/jzA51XKpme

Khan had been in charge of the paediatric ward at BRD Medical College when the deaths occurred.

He was later arrested by police, along with BRD Medical College principal Rajeev Kumar Mishra, and spent eight months in jail.