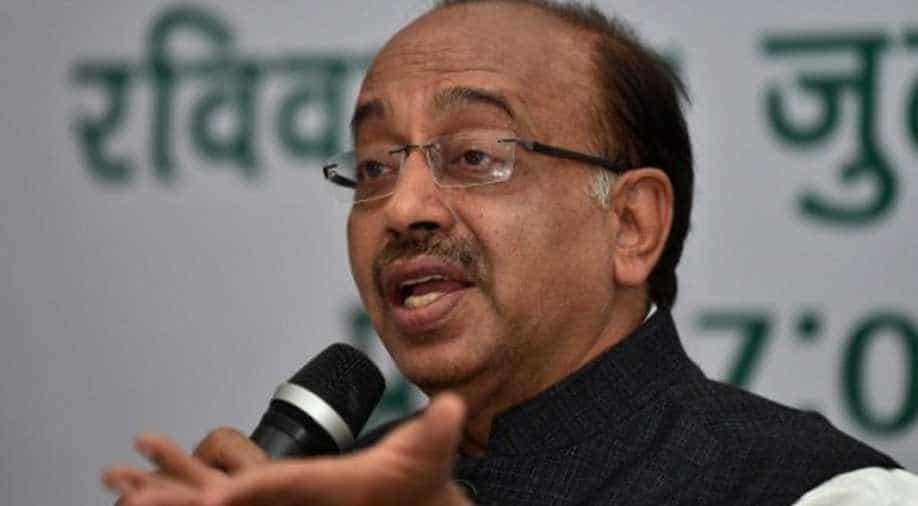 It was a meeting between Union minister Vijay Goel and Manmohan Singh last week that initiated the process to break the government-opposition deadlock in the Rajya Sabha, a top government official said today.

The proceedings of both the Houses of Parliament were disrupted for nearly two weeks over remarks by Prime Minister Narendra Modi during the Gujarat Assembly election campaign. He had criticised his predecessor Singh for attending a secret" dinner with senior Pakistan officials at former Union minister Mani Shankar Aiyar's residence.

According to the official, Minister of State for Parliamentary Affairs Goel reached out to the former prime minister and showed him the copy of Modi's speech and convinced him that no derogatory references were made to him.

"Singh then agreed to end the deadlock with a statement from the government," the official claimed.

Goel's meeting with Singh was followed by a meeting of Leader of the Upper house Arun Jaitley and Goel with Leader of the Opposition Ghulam Nabi Azad and Congress leader Anand Sharma at Azad's residence.

The process culminated in a statement today by Jaitley, who said the prime minister has never questioned Singh's integrity and commitment to the nation.

However, ahead of Jaitley's statement, there was a small disagreement between the two sides over its formulation that was resolved with the intervention of Rajya Sabha Chairman M Venkaiah Naidu.
Naidu suggested to the government to drop the contentious word and the government relented, they said.

Reacting to Jaitley's statement, Azad said the Congress does not approve of any remarks made against the prime minister, apparently in a reference to the "neech" remark made by Aiyar.