Fukrey Returns trailer: Bholi Punjaban and the four boys are back for some misadventures 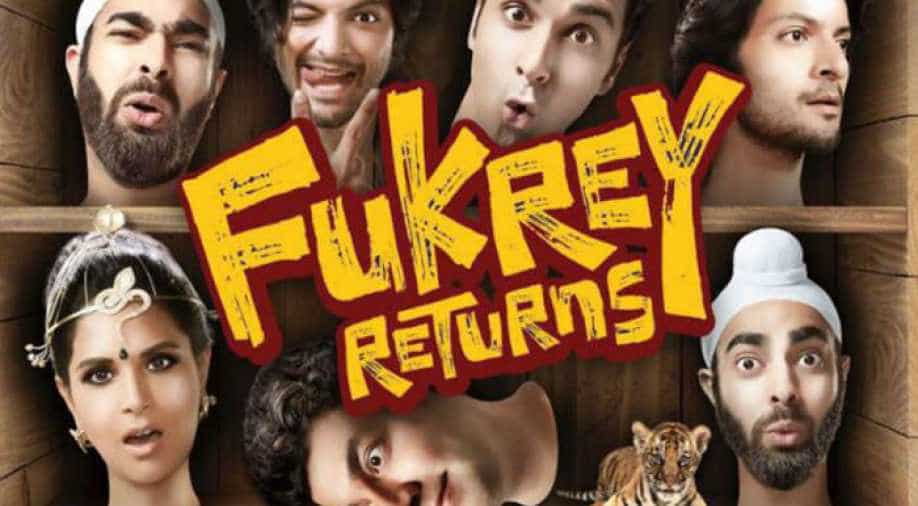 A poster of the film. Photograph:( Others )

The Fukrey gang is back and by the looks of the trailer of Fukrey Returns, it is going to be a crazy, fun film just like the first one.

The original cast- Pulkit Samrat, Ali Fazal, Manjot Singh, Varun Sharma and Richa Chada-reprise their characters in the sequel and take the story forward from where it ended in the first part.

The trailer shows Bholi Punjaban freshly out of jail and how she again manages to get the four boys in trouble. Directed by Mrighdeep Singh Lamba and produced by Farhan Akhtar and Ritesh Sidhwani- the film is set to release in theaters on December 8th.

Fukrey came out in 2013 and despite new faces, managed to create an impact at the box-office and was declared a hit.