Four years of Modi government: 5 schemes and how they performed 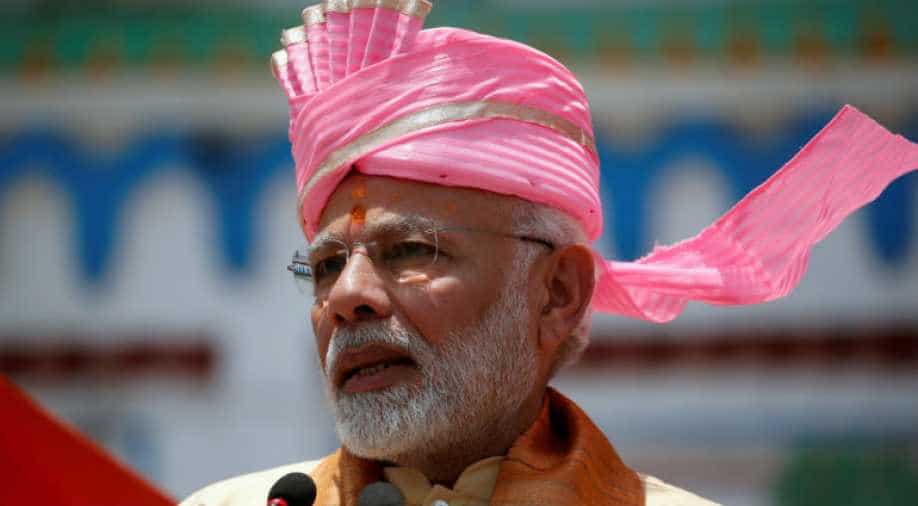 Prime Minister Narendra Modi's government has completed four years. During this time, his government launched several initiatives which garnered laurels as well as created a lot of buzz across the country.

As his party gears up for elections next year, here is a look at his pet schemes and how they have performed in these four years:

This was one of the most crucial reform introduced by the Modi government. Though the plan was in the works for more than a decade, the GST (as it is popularly called) was finally implemented in July, 2017. The GST replaced many indirect taxes (as many as 14) that previously existed and streamlined tax rates across the country under one umbrella. The implementation of GST altered the country's indirect tax regime for good.

The GST was meant to introduce single tax slab across the country, but after numerous discussions and political compulsions, there are now four slabs. However, it has reduced the number of taxes while moving goods within the country, or availing services at different locations. Initially, it resulted in drop in tax collection, but after nearly a year of GST, the numbers have gone up.

On November 8, 2016, Prime Minister Narendra Modi took the nation by surprise when he announced the discontinuation of existing high-values currency notes - Rs 500 and 1000 - which was termed as demonetisation. THe decision was taken essentially to wipe out all the black money, curb fake currency and terror financing.

This prompted people to embrace digital payment channels and reduced their dependence on cash. Post-demonetisation, the number of tax returns filed by individuals increased 25.3 per cent and 9.1 million taxpayers have been added to the tax net.

Demonetisation, like GST, was put to challenge both by opposition parties and people who were shocked at huge amounts of cash disappearing from the system. Many assembly elections and bypolls were fought solely on these two economic decisions of the BJP, and the party paid by losing some of these polls. The main criticism was ATM machines going dry and long queues outside, but the upheaval was contained a few months later. Government announced a slew of measures to make people's lives easier.

Demonetisation, the gamble which government played, directly hit sectors like real estate where presence of black money was highest. The growth rate, which had plunged initially, is back now and compliance among the business community has increased.

Just a few months into his term, PM Modi launched the "Make in India" scheme to facilitate domestic investment, boost in-house research & development (R&D) and create skill-based jobs by developing manufacturing in the country and to make India a global manufacturing power.

A "Start-up India" programme was also launched with the objective of making India the start-up capital of the world. Modi promised an increase in manufacturing's share of the country's GDP from 16 per cent to 25 per cent by 2022 and to create 100 million additional jobs by that year.

The Modi government introduced a policy to link PAN card, voter ID, LPG connection card, ration card and mobile number to a 12-digit unique number, known as Aadhaar. It was introduced on March 26, 2016.

Modi government projected and Parliament enacted the Aadhaar (Targeted Delivery of Financial and Other Subsidies, Benefits and Services) Act. Today, Aadhaar has become India's most credible identity currency, and is used while filing taxes, and buying financial products like mutual funds.

PM Modi said that the unique identification number will work as a "big weapon" in the fight against benami property. "Aadhaar has a played a big role in ensuring that ration at proper rates, scholarships, pension and government subsidies reached the poor," he said.

Swachh Bharat Abhiyan was launched on October 2, 2014, by PM Modi with hopes to increase the reach of sanitation facilities to every family. Under the scheme, toilets, solid and liquid waste disposal systems, cleanliness, and safe and adequate drinking water supply will be ensured in every village of the country so that they can become open-defecation free by October 2, 2019. Modi nominated notable personalities from film industry, sports, media, business and other celebrities to promote the initiative.

The mission's biggest component, the Swachh Bharat Mission-Gramin or SBM-G, which has the vital mission of constructing 10 crore toilets in India's villages, has been underfunded since 2014, research report shows. The gap between money the SBM-G needs and what it actually gets has extended from Rs 3,500 crore in 2016-17 to an astounding Rs 15,000 crore in the coming financial year.

Since the Modi government came to power there have been significant economic changes in the country. His government has taken the rightful steps towards a stable political and macroeconomic environment, redefining the tax system, as well as battled corruption by introducing demonetisation. These policies have helped India’s economy outperform most emerging markets in per capita GDP growth, and improved the country's business environment, as inflation has dropped.

India's economic growth collapsed in the quarters following demonetisation. However, it turned around with the December quarter clocking 7.2 per cent growth In the country's GDP. India's ranking in the World Bank's "Ease of doing business report" also moved from 130 to 100 this year.

Another noteworthy accomplishment of the Indian economy over the past few years has been the extraordinary growth in foreign flows, in particular the foreign direct investment (FDI).

But then it also led to some downfalls. Bad debts - now at more than Rs 9 trillion - linger profoundly not just on government-controlled banks but also on its economic well-being (e.g. the 13,000 crore PNB fraud). The oil prices have been steadily increasing over the last couple of months.

The agriculture sector has taken a hit with farmers' income dropping in real terms, primarily on account of food price deflation and the breakdown in the cash-based rural economy after demonetisation. In fact, if one compares India's real GDP growth to expansion of its farm sector, the latter has steadily lagged the former since 2012.

GDP growth is still above five per cent, but it has slowed down sharply from past rates of eight and nine per cent. And even the above-five per cent GDP growth is not creating jobs fast enough. In 2014, during its election campaign, the government had promised to create 10 million jobs a year. However, only less than a million jobs were created in the four years it has been in power.