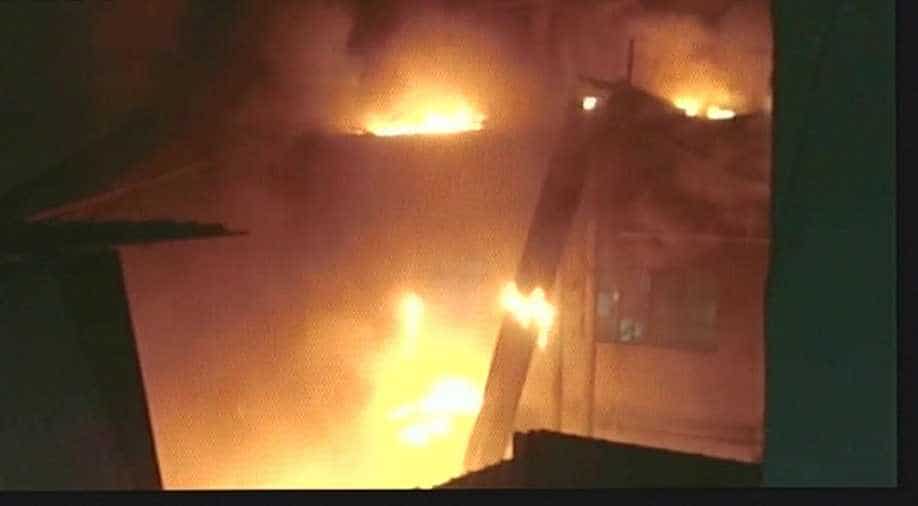 The cause of the fire is not immediately known. Photograph:( ANI )

A fire broke out tonight at a factory in west Delhi's Udyog Nagar area, following which 25 fire tenders were pressed into service, officials said.

"We received a call at 07:27 pm after which firefighting teams were rushed," a Delhi Fire Department official said.

"Twenty-five fire tenders have been sent, so the blaze is presumably big. The cause of the fire is not immediately known," he said.