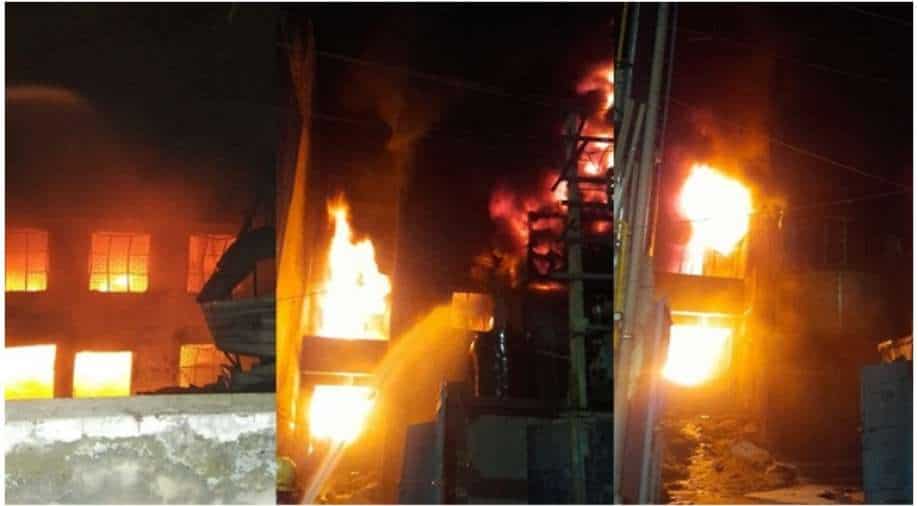 As the firemen reached the spot, they found that the blaze was of medium category following which 5 more fire engines were deployed

A fire broke out at a plastic factory in Narela area in north Delhi on Saturday, a fire department official said.

The official said that they received a call about the fire incident at 9.10 p.m. in the factory at H 1373, DSIDC, Narela, in north Delhi after which as many as 20 fire tenders were immediately pressed into the service.

As the firemen reached the spot, they found that the blaze was of medium category following which 5 more fire engines were deployed.

Delhi Fire Service chief Atul Garg confirmed to IANS that there have been no injuries or casualties in the incident. However, there was certainly a massive loss of property.

The cause of fire is yet to be ascertained.

Massive flames engulfed the whole building while thick plumes of smoke was billowing out of the top floor.

Meanwhile, Deputy Commissioner of Police (outer north) Brijendra Kumar Yadav said that the factory is owned by one Rahul Jain and at the time of incident, the factory was closed.

"In this factory, tarpaulin is manufactured for which plastic dana is used a raw material," the DCP said, adding no one is reported to have been trapped inside.

As per latest reports, 25 fire tenders are at the spot and one `sky lift` fire tender has also reached at 12.05 a.m.

Notably, the incident comes just a day after 27 people were charred to death in a major fire incident at Delhi`s Mundka.