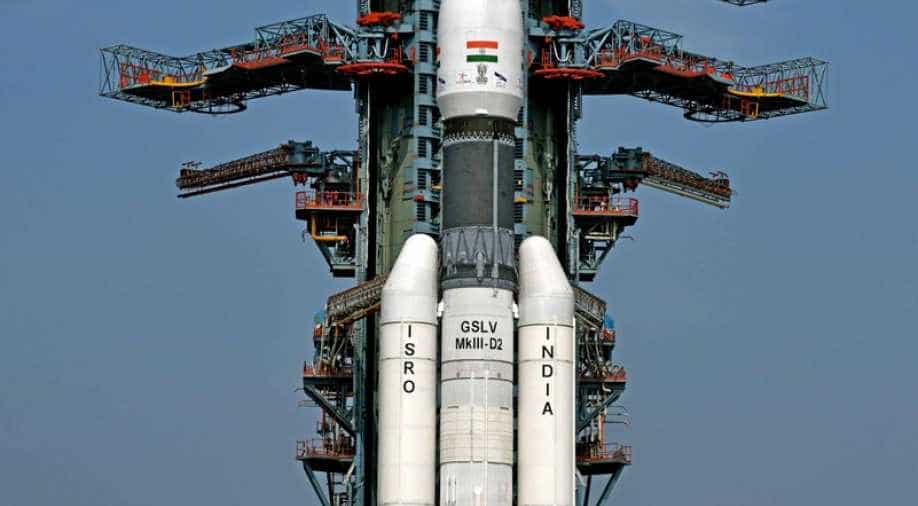 The rocket carrying the 3,423 kg GSAT-29 will sling it into Geo Transfer Orbit (GTO) just over 16 minutes into its flight. Photograph:( Twitter )

ISRO scientists had termed the launch crucial for the space agency as the rocket would be used for the ambitious Chandrayaan-2 and the country's manned space missions.

ISRO's heavy-lift rocket GSLV-MkIII-D2 Wednesday successfully injected into orbit the country's latest communication satellite GSAT-29 that is intended to meet the communication needs of people in remote areas in the North East and Jammu and Kashmir.