50% cap on quotas is for caste-based reservations, govt's 10% quota is for poor: Jaitley in LS debate 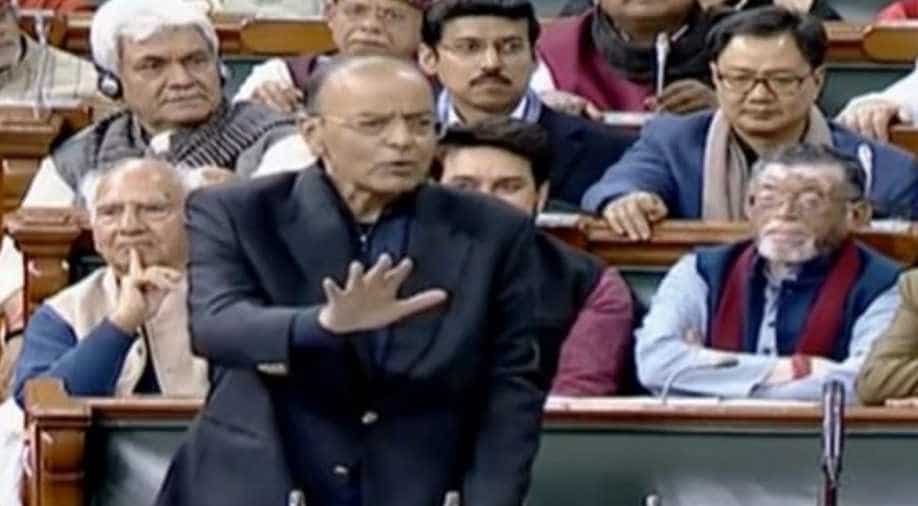 Jaitley also hit back at the opposition's 'jumla ' jibe, saying they too had offered such a quota in their manifestos.

Union minister Arun Jaitley Tuesday made a forceful pitch for the passage of a bill providing 10 per cent quota for the poor among the general category, saying almost every party, including the Congress, had supported the measure in their poll manifesto.

Making an intervention in the Lok Sabha during a debate on the constitutional amendment bill, he rejected suggestions that the measure may fall foul of a Supreme Court judgement putting a cap of 50 per cent at the total quota.

The bar, he added, is for caste-based reservations, while the bill seeks a quota for the economically weaker sections in the general category.

Attempts were made earlier too by governments at the Centre and state in this regard but failed because they were done either through common statutory provisions or notifications, Jaitley said.

The Constitution (124th Amendment) Bill 2019 seeks to amend the Constitution by introducing provisions for reservation for economically weaker sections, he said, adding that it presently mentions only social and educational backwardness as the criteria for quota.

Quoting from the Congress manifesto, which called for such a quota, he asked it to "walk its talk" by supporting the bill, describing it as a test for the opposition party.

With Opposition members using 'jumla' jibe, Jaitley hit back saying if the mention of a similar quota for the general category in their manifestos was a jumla as well.

The BJP in its manifesto also supported the measure and is now working to implement it, he said, adding Constitution makers also spoke about equality of status and opportunity.

Taking a jibe at opposition parties for their protests, he said if they are supporting the bill, they should be wholehearted and not grudgingly doing it.

He also added the bill, once passed by Parliament, will come into effect and would not be required to be ratified by state assemblies.