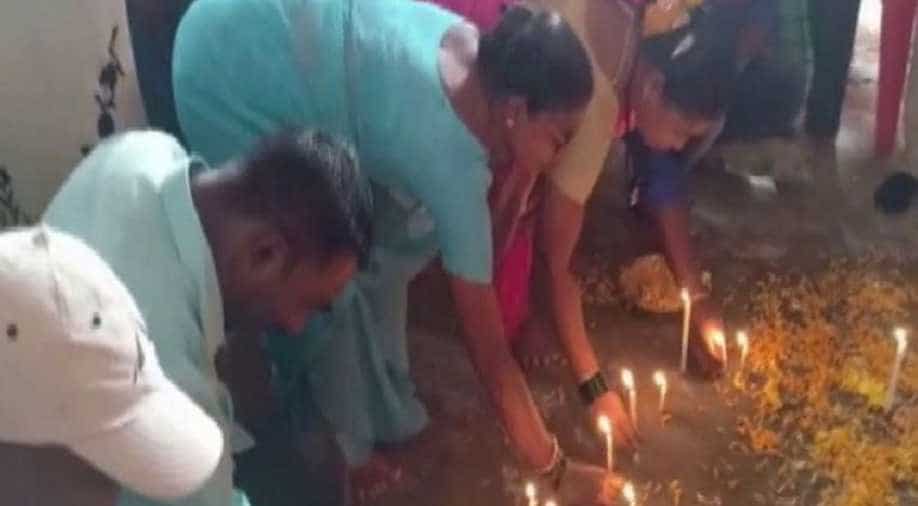 Environmentalists lit candles at the spot where around 2,000 trees were cut by the authorities earlier this month.

Environmentalists on Sunday paid tribute to the trees which were felled in Aarey colony by the authorities to construct a car shed for Mumbai Metro.

They lit candles at the spot where around 2,000 trees were cut by the authorities earlier this month.

The Supreme Court, on October 7, had ordered the Maharashtra government not to axe any more trees in Mumbai's Aarey colony and maintain status quo till further orders.

Prior to this, the Bombay High Court had upheld the permission granted to the Brihanmumbai Municipal Corporation's (BMC) tree authority to axe tree to make a metro-car shed.

The metro corporation said that on October 4 and 5, it axed over 2,185 trees in the area in concurrence with the order of the High Court.

Earlier, a protest broke out in the area after the Bombay High Court dismissed all the petitions challenging the felling of trees. This led police to issue prohibitory orders, thereby banning unlawful assembly.

Following the imposition of the orders, scores of protesters were held and sent to judicial custody. They were, however, released on bail the next day.