Yearender 2017: The most underrated films of this year 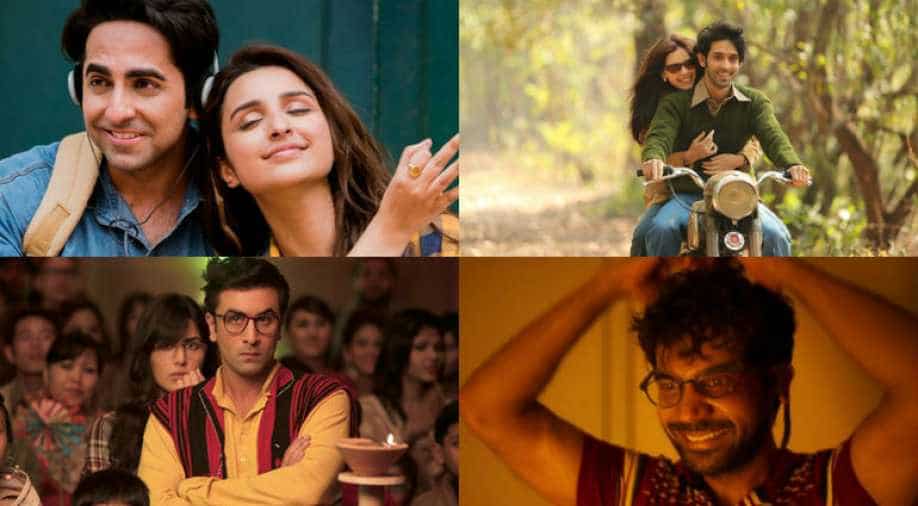 Some of the most underrated films had some of the best performances this year. Photograph:( WION )

There is no denying that the year 2017 will down in history as the year where newer stories and smaller films took precedence over big-budget formula films. Filmmakers became brave in storytelling in 2017. From illicit romances to erectile dysfunction to falling in love at 40 to a middle-class housewife finding her voice in the most unexpected manner- filmmakers tried to tell newer stories this year. And while a lot of these films got appreciated by critics and masses alike- here is a list of films that did not get its due credit. Presenting the most underrated films of 2017.

A story of a student falling in love with her teacher would make a lot of people uncomfortable. But filmmaker Shlok Sharma dealt with the story in the most subtle, nuanced manner. Coupled with strong performances by its lead- Nawazuddin Siddiqui and Shweta Triptha-Haraamkhor was a different take on love. Sharma could have gone overboard showing a romance that most deem as scandalous but he broached the topic in a sensitive, mature manner making the film a compelling watch.

If Anaarkali of Aarah had released a year back, Aniruddha Roy Choudhary's Pink would have appeared flawed. Journalist turned filmmaker Avinash Das' film spoke about consent, but in a society where the term is almost alien. Centered around Anaarkali whose profession is to sing songs full of sexual innuendoes, the film highlighted the plight of many such women who may sing raunchy songs for a living but are not ready to give sexual favours to men. Anaarkali's battle may have been a lonely one, but it sure resonated with a lot of women across the country and drove home a very important point- that a 'No' means a 'No'. While the film was lauded by the critics, its the audience which overlooked the film. Perhaps because of its look or maybe because it did not have a big name in the star cast- but it was a film that will remain relevant in the times to come.

Ayushmann Khurrana had multiple releases this year- making him, along with Rajkummar Rao, the new poster boy of the middle-class. And while people loved him in Shubh Mangal Saavdhan and Bareilly Ki Barfi- his performance in Akshay Roy's Meri Pyaari Bindu almost went unnoticed. Which is unfortunate because of all the three films, Khurrana was absolutely brilliant as Bubla Roy, the wry, angsty novelist in this film. Paired opposite the vivacious Parineeti Chopra, the film took a fairly realistic approach towards modern romances and heartbreaks. With a beautiful soundtrack, Meri Pyaari Bindu was perhaps the most subtle love story of this year with endering performances by not just the lead pair but the entire supporting cast- who are mainly known faces of Bengali film industry.

Death In The Gunj

Konkona Sen Sharma's film was in English and a bit of Bengali, which is perhaps the reason that the film had less commercial viability. But the actress-filmmaker should be given credit for making a film that will remain relevant for decades to come. At the onset, it looked like a mystery thriller about a death in McCluskiegunj where a family gathers for a vacation- but the story ultimately was so much more than that. The film dealt with how a society perceives masculinity and how we always succumb to stereotypes. It had a superlative cast - each performing their character with absolute ease. More importantly, the film made a lot of people sit up and take notice of a fine actor called Vikrant Massey- who as the central character Shutu - gave one of the best performances this year.

2017 can easily be called Rajkummar Rao's year. Not only did the actor get critical appreciation, but also tasted commercial success. With as a many as 5 releases this year, Rao got to showcase his versatility in each of his films. Among those films, Vikramaditya Motwane's Trapped was perhaps the most different of the lot. It was a tricky film, to begin with- with just one character trapped in a confined space- but Rao performance and a fine screenplay written by Hardik Mehta made Trapped the most unconventional film of the year.

Ranbir Kapoor's ambitious film had been in the making for a long time and people were sceptical that how relevant would it be when it finally releases. Yet director Anurag Basu made the film thoroughly entertaining. Made like a typical musical- which is a first for Bollywood- Jagga Jasoos was endearing for many reasons. The music, its camerawork, the way the story was narrated and of course Kapoor and Saswata Chatterjee's performances made the film thoroughly enjoyable. Basu's tribute of sorts to Satyajit Ray and Herge's Tintin was lauded by critics but the storytelling method was not taken well by the audience.

Milind Dhaimade's little film with a big heart was almost overlooked when it released in October. Primarily because the film released on the same day as Saif Ali Khan's Chef and also because it did not have a big star in it. But word of mouth publicity ensured that the film got more screenings in the coming days and eventually gave Chef a tough fight at the Box Office. Featuring TV heartthrob Barun Sobti, Shahana Goswami and a bunch of theatre and TV actors- Tu Hai Mera Sunday was a story of a motley group in Mumbai looking for space to play football on Sundays. The film, in its own subtle way, highlighted the grave space problem in an ever-growing city like Mumbai. With some endearing performances and breezy narrative- it was a film that a lot of people in the big cities could relate to.

A film on death and afterlife should ideally be morbid, no? But director Shubhashish Bhutiani's film was uplifting and refreshing in more ways than one. A story of a busy son who takes his father to Varanasi as the old man desires to spend his last few days near the ghats, the film was a poignant take on life and the little things we tend to overlook in our daily lives. With superlative performance by Adil Hussain, the film not only dealt with death but also highlighted the importance of celebrating life.