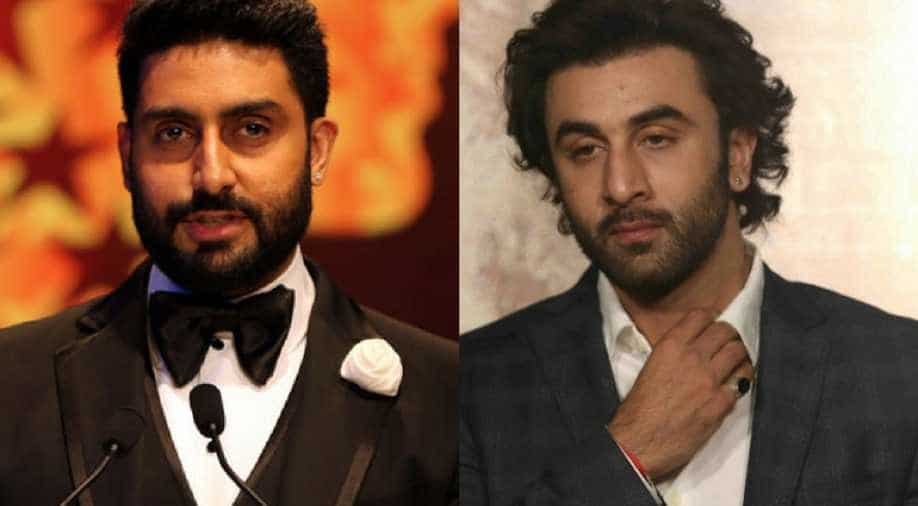 Known for his wit, Abhishek Bachchan has been quite active on social media the past few weeks. Whether it is for sharing photos from his upcoming film to sharing the most adorable photo of his wife Aishwarya and himself on their 11th wedding anniversary to shutting down trolls who commented on him staying with his parents- Abhishek has always managed to do things in style and even made his fans laugh. Now, a video of Abhishek dancing with Ranbir Kapoor has been doing the rounds of the internet.

The video is reportedly shot in Singapore where the actors along with other Bollywood celebrities went to play a charity football match. The video has Abhishek and Ranbir breaking into a dance as hit song 'Kaala Chashma' starts playing in the stadium. But with a twist.

Instead of Katrina's signature step to the song, the two actors are seen performing the signature steps of 'Kajrare'. The original Kajare song featured Abhishek along with Aishwarya and Amitabh Bachchan.

Needless to say, the video has gone viral.

The video was shared by one of Abhishek Bachchan's fan clubs. When AB Junior watched it, he commented writing, "Hahaha. Ranbir and I just couldn’t get the steps so we did one that we knew."

Hahaha. Ranbir and I just couldn’t get the steps so we did one that we knew.

On the work front, Abhishek will be seen in Anurag Kashyap's Manmarziyaan after a hiatus of two-years from the big screen. Ranbir, on the other hand, will be seen in Sanju next which is a biopic on Sanjay Dutt.