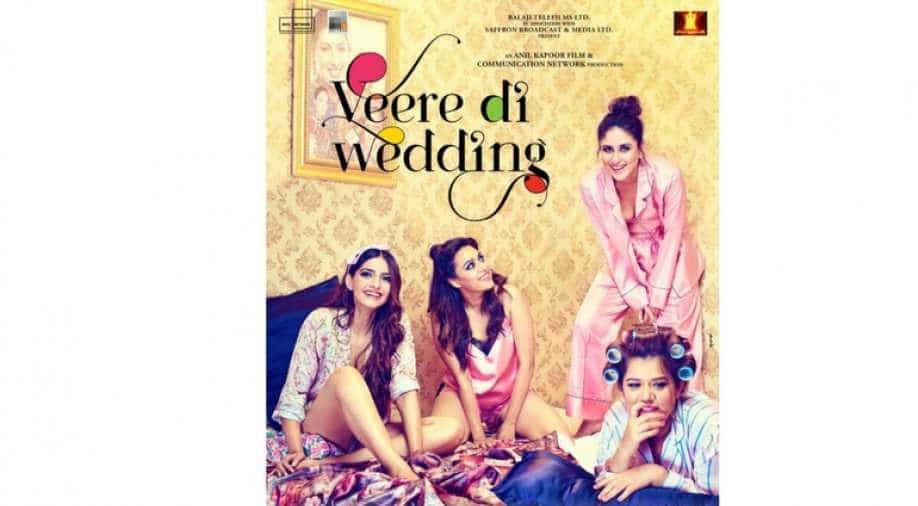 Excitement is building up as Kareena Kapoor and Sonam Kapoor fans gear up to watch the first trailer of the much anticipated 'Veere Di Wedding' which releases on 25th April. And while we wait for the trailer, the film's cast teased fans with a brand new poster of the film featuring the four leads.

Featuring Sonam Kapoor, Kareena Kapoor, Swara Bhasker and Shikha Talsania, the new poster looks like a regular pyjama party for the girls except for one thing that caught our eye which is a poster of Ekta Kapoor cult show Kyunki Saas Bhi Kabhi Bahu Thi.

Veere Di Wedding, incidentally, has been co-produced by Ekta Kapoor but whats the connection between the show and this film? Guess time will tell.

The film marks Kareena Kapoor's comeback to films post the birth of her son Taimur. In fact the film was announced before Kareena announced her pregnancy. The film's shooting was postponed at Rhea Kapoor, the co-producer of the film announced that they would wait for Kareena and not replace her.

Veere Di Wedding , directed by Shashanka Ghosh is being picthed as ' not a chick flick'. The film will release in theaters on 1st June.