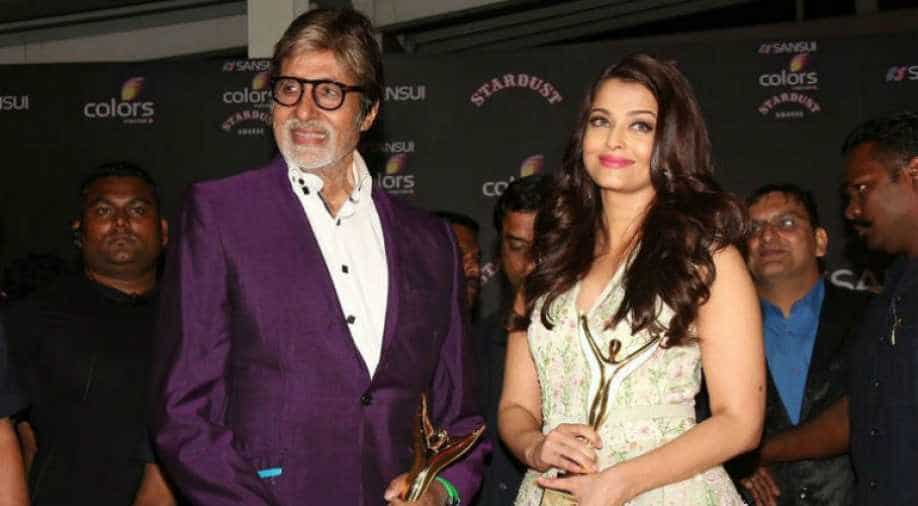 Both Aishwarya Rai and Amitabh Bachchan had won awards at the said awards where the video was shot. Photograph:( Zee News Network )

The ever so poised Aishwarya Rai can let her guards down on some occasions, perhaps. A video of Ash behaving like a giddy fan in front of father-in-law Amitabh Bachchan is doing the rounds of the internet. Presumably shot during Stardust awards in 2015, Aishwarya and Big B are seen talking to reporters backstage after receiving awards.

In the video, Aishwarya can be seen jumping and greeting Big B and saying 'He is the best!' To which the senior actor replies, "Stop behaving like Aaradhya'.

The reporters then ask the duo on how does Aaradhya react to four artists at home and how would she feel looking at the trophies that her mother and grandfather have won. Big B is quick to remind the reporter that there are five, referring to his father, the late poet Harivansh Rai Bachchan. And then he corrects himself to add that actually there are six, "if you consider Aaradhya. She has been showing signs of being one from the age two would be happy to see them and shower her affection on them."