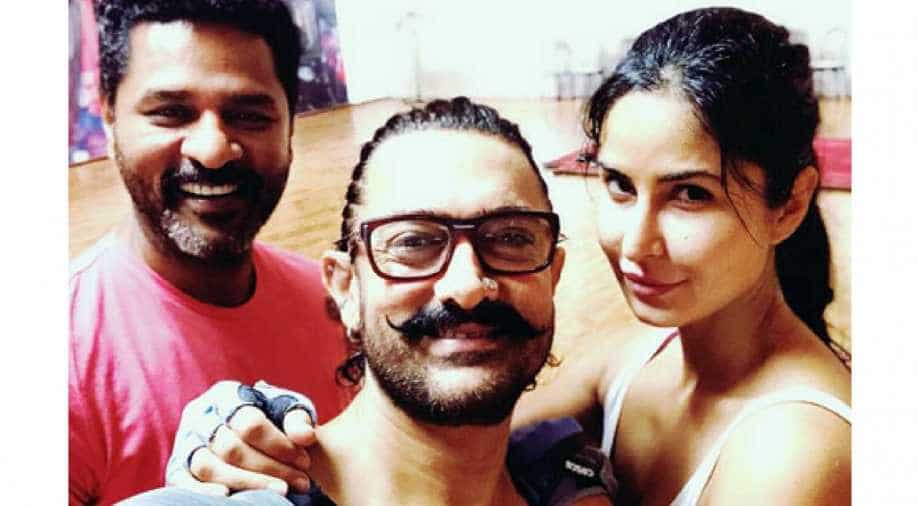 Katrina Kaif with Aamir Khan and Prabhu Deva while on dance rehearsals for 'Thugs of Hindostan'. Photograph:( Twitter )

As part of dance rehearsals for her upcoming film Thugs of Hindostan, Katrina Kaif can be seen tiring herself at the stage getting ready for her dance sequences.

For the dance, Katrina is being prepped by choreographer Prabhu Deva for this one particular track that she is preparing for.

Katrina Kaif returns to Instagram with this video! pic.twitter.com/sU125tWhro

From Sheila Ki Jawaani to Chikni Chameli, Kamli, and the most recent Swag Se Swagat, this one from Thugs Of Hindostan looks all set to outdo all the previous ones.

In the film, Katrina plays the role of an alcoholic actress.