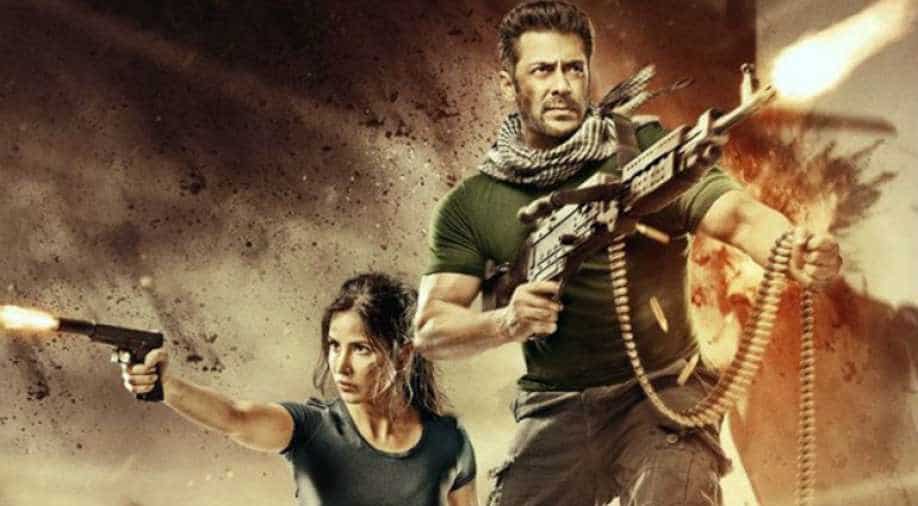 A little over a year after Maharashtra Navnirman Sena issued diktats to the film industry to not sign in Pakistani artists in their films and almost stopped the release of Ae Dil Hai Mushkil, the party is back in news because of a film's release.

Salman Khan and Katrina Kaif's film Tiger Zinda Hai is scheduled to release in theaters on Friday. Directed by Abbas Ali Zafar, the film has been produced by Yash Raj Films which reportedly has asked cinema halls across Maharashtra to screen their film in all the shows in the day.

Now, Marathi films Deva and Ek Atrangi are also scheduled to release on the same day and this arm-twisting by YRF has obviously affected the two regional films.

Actor Ankush Chaudhari, who stars in Deva, sought the help of the MNS and on Wednesday, the party promptly threatened Yashraj Films.

"If Yashraj Films arm twists multiplex and theatre owners from showing Marathi movies then we would not just stop their movies from being screened but also stop their film shoots that happen in Mumbai," said Amey Khopkar, head of the MNS film union to Economic TImes.

The MNS move has incidentally got the support of the Marathi film industry."The two film industries (Marathi and Hindi) can survive together. Why do Hindi film producers arm twist theatre owners in giving all screens for their movies?" said filmmaker Santosh Majrekar.

Later on Wednesday, YRF did get in touch with MNS and stated that they would let Marathi films screen in theaters.