This is where Sonam Kapoor Ahuja is shifting post her wedding 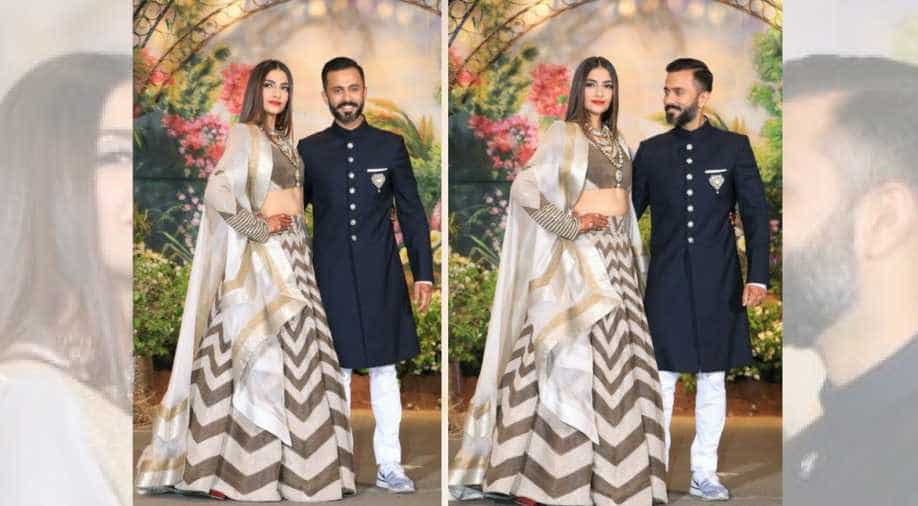 Sonam Kapoor with Anand Ahuja at their reception. Photograph:( WION )

Just a week back, the country got to see one of the most lavish and star-studded Bollywood weddings of our times, as Sonam Kapoor tied the knot with her long time beau Anand Ahuja.

While the busy bride hasn't yet found time to go on her honeymoon, there were reports that the newlyweds would settle down in London. There were also reports that stated that the couple were house hunting in Mumbai days prior to their wedding.

Now, a source close Sonam has said that the newlyweds have not zeroed in on any house so far and that Sonam will continue to stay at her father Anil Kapoor's bungalow for the time being. "It is true that the couple was seen checking out some property in Mumbai close to her parents' home. But they didn't zero in on anything they like. Honestly, Anil Kapoor wants Sonam and her husband to stay in the Kapoor bungalow," an entertainment site quoted the source as saying.

"Anand's business and family are in Delhi. Sonam's home and career are in Mumbai. For some time at least she will be shuttling between the two cities," the source further added.

The couple had been dating for the past few years before they tied the knot. Sonam made a quick visit to Delhi post her wedding before she left for Cannes Film Festival where the actress is representing a beauty brand.