This is what Sonam Kapoor has to say about 'Veere Di Wedding' clash with brother Harshvardhan's film 'Bhavesh Joshi'! 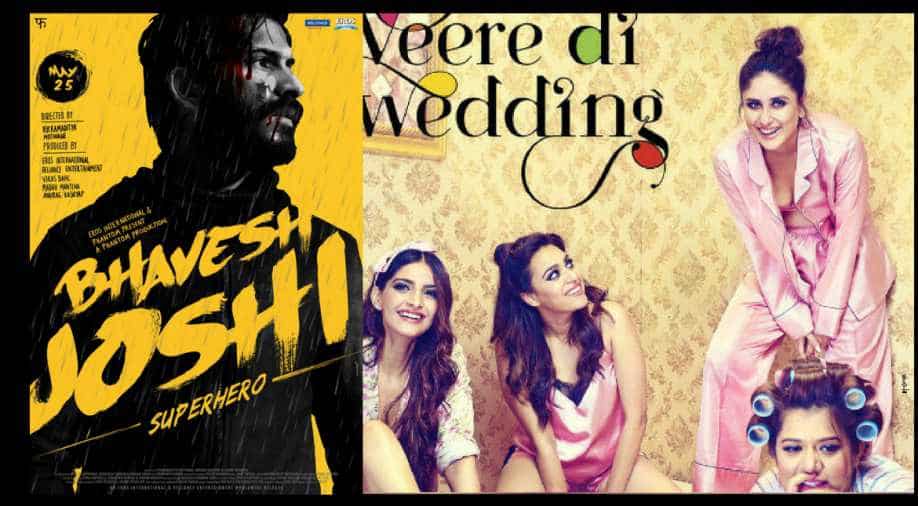 As brother-sister duo gear up for their film releases on same day, that is June 1, there has been speculation that this might lead to a rift between the siblings.

Rubbishing all such rumours that are circulating on the social media, Sonam Kapoor in an interview revealed that she has no issue with the clash. In the interview she said, "I think there is space for everyone. I’d rather have my brother’s film releasing on the same day than anyone else’s."

The clash between the duo was unprecedented as Bhavesh Joshi was scheduled for a release on May 25 which then got postponed to June 1 while Veere Di Wedding got rescheduled to the same date from May 18.

The younger of the sibling, Harshvardhan also sounded positive about both the films when asked about the clash. He said, "The films belong to two completely different worlds. It’s a great date for both of them because it’s the first weekend after the end of the country’s biggest cricketing league. The other big releases will have filtered out by then too. Sonam, Rhea, dad (Anil Kapoor) and I are thrilled about the simultaneous releases because June 1 will be a day of celebration. We are not looking at it as a clash, it’s a great opportunity."