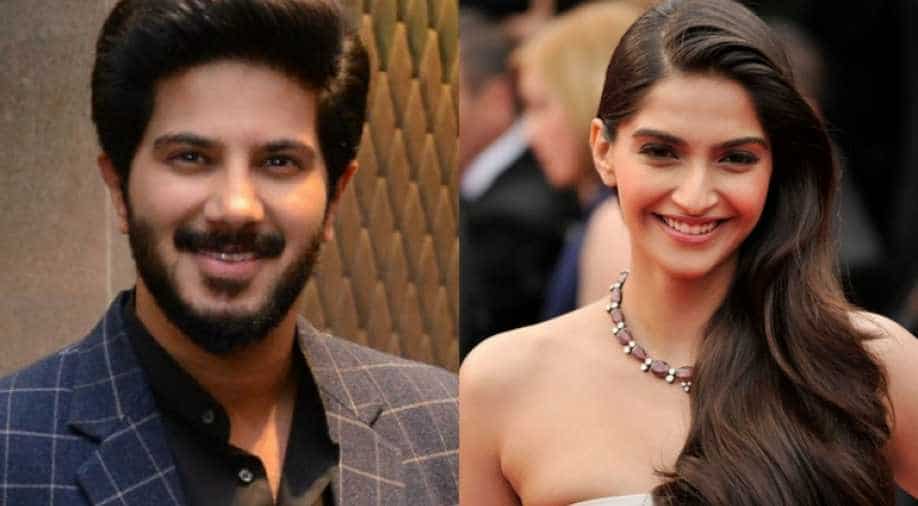 Sonam Kapoor and Dulquer Salmaan are teaming up for a film for the first time. Photograph:( WION )

It's official. Writer Anuja Chauhan's best-selling novel The Zoya Factor is finally being adapted for the big screen. Sonam Kapoor will be seen playing the titular role and the film will co-star Malayalam superstar Dulquer Salmaan.

Director Abhishek Sharma will start shooting in August. The film will release on April 5, 2019.

The Zoya Factor, released in 2008, was a quirky story of a Rajput girl named Zoya Singh Solanki who meets the Indian Cricket Team through her job as an executive in an advertising agency and ends up becoming a lucky charm for the team for the 2010 Cricket World Cup.

Many filmmakers, over the years, have tried to adapt the film for the screen but nothing materialised.

Now, Fox Star India will direct the film and Abhishek Sharma will helm the film. Sharma is known for directing the hilarious Tere Bin Laden.

Sonam Kapoor, on Tuesday morning, made the announcement on her Twitter page.

Super happy to be a part of this unique story #ZoyaFactor an adaptation of Anuja Chauhan's bestseller. Releasing on April 5, 2019! Directed by #AbhishekSharma, co-starring @dulQuer @foxstarhindi #AdlabsFilms pic.twitter.com/Xz7G909VDF

Speaking to Mumbai Mirror about the film, Sharma said, " Sonam was the first person that came to my mind as she's as bubbly as Zoya and after seeing Neerja, I'd sent her an autographed copy of the book requesting that she read it. We both got busy with our respective commitments after that but a few months later, Sonam checked with Aarti, a close friend of hers, on the status of the screen adaptation."

On casting southern star Dulquer, Sharma said, " I knew immediately that this was the boy we were looking for after I watched OK Kanmani. In the book, Nikhil is from the North but in our film, he hails from the South but speaks good Hindi. I later saw parts of Bangalore Days and Comrade in America and was most impressed."

The story has been also tweaked a bit for its cinematic version, Sharma revealed. "A few for which I convinced Anuja. The story is now set in 2011 before India lifted its second World Cup and we have shifted base from Delhi to Mumbai," the filmmaker said.

Dulquer, who has been part of films like Ok Kanmani, Bangalore Days is going to be making his debut in Karwan co-starring Mithila Palkar and Irrfan Khan. The film is scheduled to release later part of 2018.