Sonam Kapoor-Anand Ahuja wedding: Inside photos of the mehendi ceremony 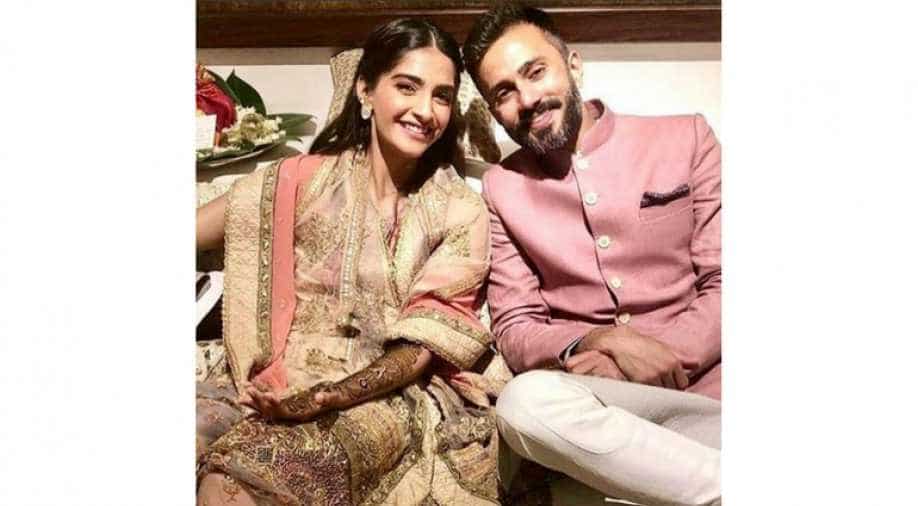 Celebrations have begun! The Kapoor household looked bustling on Sunday as celebrities thronged to Anil Kapoor's house to attend the actress Sonam Kapoor's Mehendi ceremony. Sonam, clad in a mauve, pink and gold lehenga glowed as she got henna applied on her hands.

The ceremony saw the entire Kapoor clan in attendance. From Arjun Kapoor to Janhvi Kapoor, all were seen at the event. The photos of the function were shared by Sonam's sister Rhea, Karan Johar and some of her other friends on Instagram. Here have a look.

What it’s all about. My ??#everydayphenomenal

The bride even danced to some numbers with her groom-to-be, Anand Ahuja, who wore a matching pink bandhgala for the first pre-wedding event.

The Kapoor's will be hosting a Mehendi and Sangeet function on Monday in Bandra. Almost the entire Bollywood is expected to attend the event. The sangeet ceremony is likely to have dance performances from Anil Kapoor, Sonam's cousins Arjun, Anshula, Janhvi and Shanaya and friends Varun Dhawan, Jacqueline Fernandez and Swara Bhasker.

In fact, Karan Johar and Varun Dhawan had even shared videos of the dance rehearsal a few days back.

Sonam and Anand will be getting married on Tuesday morning at Sonam's aunt's bungalow. The couple will then host a reception later in the evening at The Leela hotel.