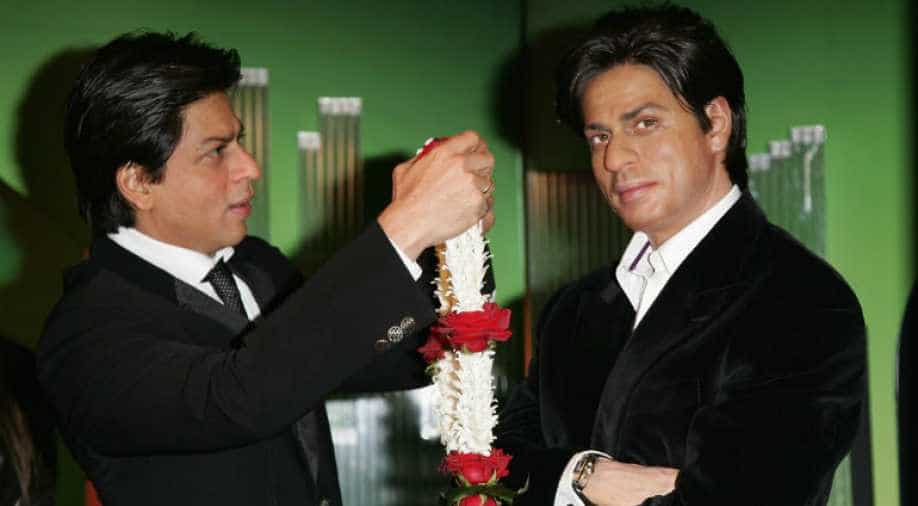 SRK's first wax figure was unveiled in London in 2007. Photograph:( Others )

This would be the second figure of Shah Rukh to be displayed in his signature pose. His wax figure will be placed beside those of other iconic celebrities in a special interactive zone at the attraction, said a statement.

The first figure was launched in London back in 2007.

"Given his massive fan following across the globe, and because he is a popular celebrity and loved by everyone it was a prestigious choice for us to bring Shah Rukh Khan`s figure to Madame Tussauds Delhi," Anshul Jain, General Manager, and Director, Merlin Entertainments India Pvt Ltd, said in a statement.

"The exciting part of this announcement is that this is his second figure being created specially keeping the Indian fan family/audience/visitors in mind. I truly foresee an exhilarating presence of fans from the world.

"The figure will also enable fans to spend as much time with their favourite megastar without having to travel to Mumbai or to any other part of the world," Jain added.

Madame Tussauds Delhi is an attraction known for the portrayal of the fascinating world of glamour, sports, history, politics and history under one roof, through planned themed and interactive areas.