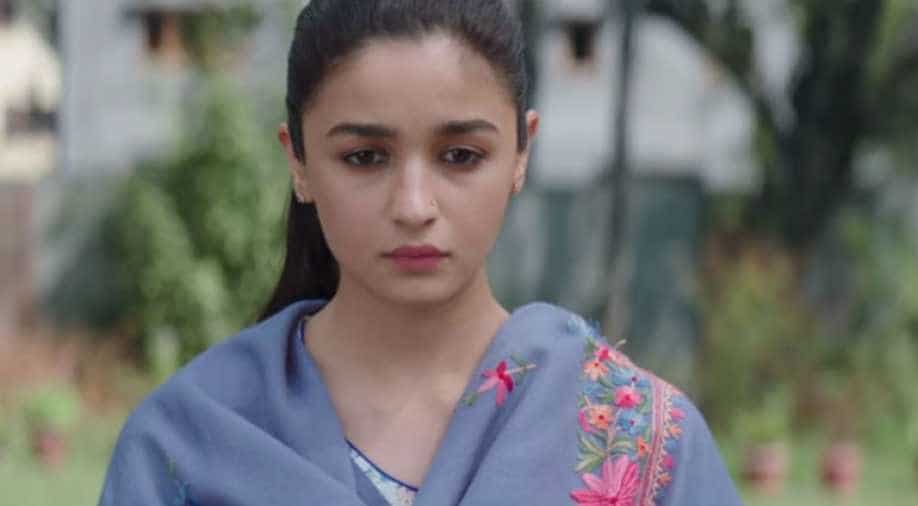 Alia Bhatt in a still from 'Raazi'. Photograph:( Others )

Alia Bhatt, with her choice of movies and performances all these years has proven herself to be a versatile actress of great calibre. Promoting her soon-to-release film Raazi in which she plays an Indian spy, Alia was seen in a jovial mood.

The title track of the film released today establishing Alia’s character -- that intense, powerful and quite gripping. The song traces the journey of Sehmat, an Indian girl who gets married to a Pakistani officer with an aim to leak information to Indian counterparts. She eavesdrops on conservation, converses in Morse code and fires bullets without so much as a flinch.

The song sung by Arijit Singh is composed by Shankar Ehsaan Loy as the lyrics are penned by Gulzar.

Talking about challenges while shooting for Raazi, Alia said, "Learning to drive the jeep and all those things were technical things. But the real challenge was to play the character. These things are there just to pad up the character, so it makes my life a little easier. But these are not what I can depend on to make my character outstanding."