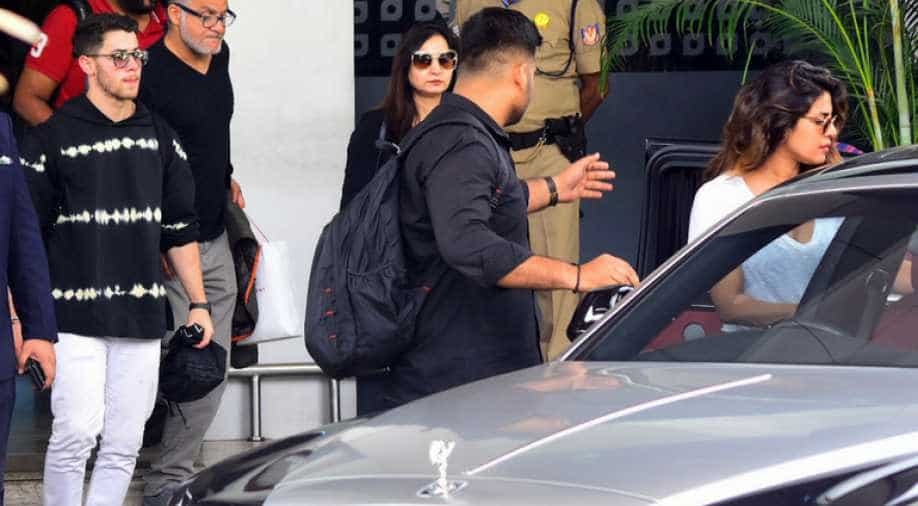 It's been a little over a month since the time Priyanka Chopra and Nick Jonas were first spotted cosying up on a vacation with friends. The two looked comfortable with each other which sparked off dating rumours.

The two were later seen on dinner dates and at Nick's family wedding. As the two made their way to India to meet Priyanka's mother, they grabbed headlines. And while the flirty comments on each other's Instagram posts hinted at a brewing romance, the two never really confirmed their relationship status until now.

On a dinner date in Mumbai, Nick posted an Instagram story of Priyanka Chopra giggling and enjoying the rains. The caption simply read 'Her' with a lovestruck emoji. That sort of confirmed Nick's feelings for Priyanka Chopra.

On Wednesday though, Priyanka sort of confirmed her feelings for the American singer as she posted a photo of her brother Siddharth and Nick gazing at the sea and wrote, 'My favourite men'. There you go. The two stars just made their relationship Instagram official.

Priyanka and Nick along with some of Priyanka's family and friends including actress Parineeti Chopra went to Goa on Sunday for a vacation. While Parineeti came back a day later, Priyanka and Nick landed in Mumbai on Wednesday afternoon. According to media reports, Priyanka made Nick travel to India specially to meet her mother.