'Padman' is not based on Twinkle Khanna's book, reveals director R Balki 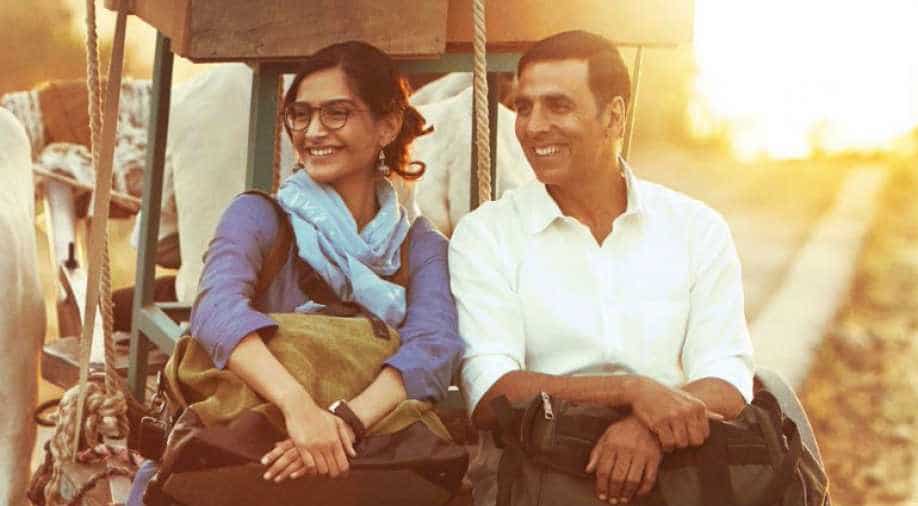 Sonam Kapoor and Akshay Kumar in a still from 'Padman' Photograph:( Twitter )

R Balki says he never wanted to make a biopic but he decided to go ahead with Padman as it gave him a chance to address an important issue like menstruation through the fascinating life story of Arunachalam Muruganantham.

The director is best known for his films such as Cheeni Kum, Paa, Shamitabh and Ki and Ka.

Padman, featuring Akshay Kumar in the lead, is a fictionalised account of Tamil Nadu-based Muruganantham, who created affordable sanitary napkins for the women of his village.

"I never wanted to do a biopic. I wanted to do my own fictional stories but this subject was great. This guy's life is fascinating. Where will you get to do a mass mainstream film on a subject like sanitary pads? I felt it was a fantastic opportunity, that's why I took it up," Balki told PTI.

"We wrote it for Akshay, he is a star but you have to write things keeping in mind the character as well. We had to make sure the sensitive issue should not be lost (in making it entertaining)."

The director said he took liberties in the portrayal of the character but did not alter the essence.

"I have to do justice to his (Muruganantham) life. On screen, his life should be even better than what it was in real life. I have taken very few liberties and Muruganantham knows about it."

Padman was always the title for Balki as that is how he started writing the story.

"This film is not based on Twinkle Khanna's book, that is a separate story. There are two different fictional takes on Muruganantham's life. I just called it 'Padman' as that is how I started writing the story."

Also featuring Sonam Kapoor and Radhika Apte, the biographical comedy-drama is set for release on January 26.