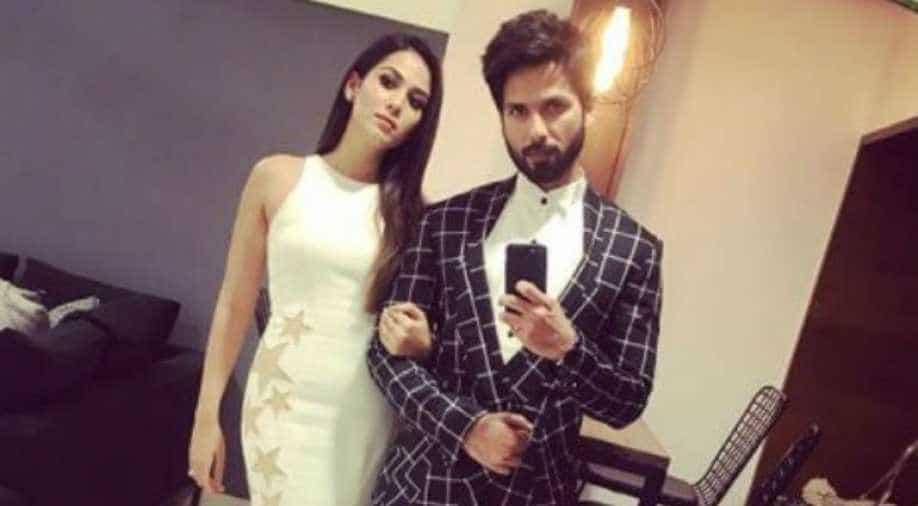 The couple stepped out looking their stylish best for an awards function on Wednesday night. Photograph:( Instagram )

`Behind every successful man, there`s a woman`- Shahid Kapoor and Mira Rajput prove it time and again.Justifying the proverb yet again, Mira, ahead of the release of `Padmaavat`, said that the movie is "homage to the Rajput tradition and culture."

"First and foremost, I am extremely proud to see Shahid essay that role and do so much justice and more to it. Watching him on screen was such a visual treat. Without any biases, I would say, he is the best thing in the film," she added while speaking to media at an award ceremony.

Adding on to it, the `Haider` star said that his wife was a great support as he took up a challenging character like Maha Rawal Ratan Singh."I have always said that I was very nervous before doing the film. I was new to this team. The role I am essaying, Maha Rawal Ratan Singh, people don`t know much about it. For a year, people went on asking me about my role in the film. My wife was a huge support for me. She has always told me, `Shahid, go out there and express yourself`. I have tried to do that in last 1.5 years. It is a very important film for me."

"Honestly, it`s not the most author-backed role in the film. So taking up such a role and getting appreciations for that, is an amazing moment," he added.

When asked about why he terms his character least `author-backed role`, Shahid said, "I don`t want to get into the details of it. But yes, it was the least known of the three characters (played by Deepika, Ranveer and Shahid). On the basis of my understanding, it was tough to portray this kind of character."

On another note, Shahid and Mira, popularly known as ShaMira, gave the ultimate couple goal at the awards night with their colour-coordinated outfits.While Mira stunned in a white gown, Shahid, who won the `India`s most stylish male` award, looked dapper in a black-and-white checkered suit.