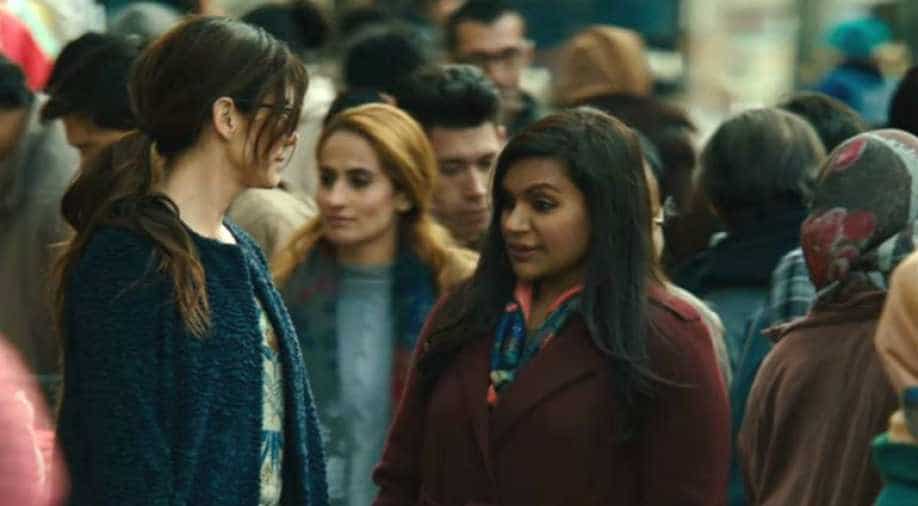 Her roots might be in India, but actress Mindy Kaling did not know how to speak in Hindi until she landed herself a role in the much talked about film,  'Ocean’s 8.'

In an interview, the actress has revealed that how she had to learn to speak in Hindi for the heist drama that features Sandra Bullock, Cate Blanchett, Rihanna, Sarah Paulson, Anne Hathaway along with Kaling.
Kaling, while promoting the film last week, revealed that she had to learn Hindi for a scene in the film. She said that although she was born to Indian parents, she had never spoken Hindi and found it “challenging” to learn it.

“I had this idea that the ‘Ocean’s’ movies were just a breezy hangout where George Clooney plays pranks on everyone,” she said. “And this was very challenging for me because I had to learn Hindi for a scene I had. None of you guys were on the scene, but I had to have a fight with my mother in Hindi.”

Born to a Tamil father and a Bengali mother, Kaling's mother tongue has never been Hindi and hence she had to hire a coach to get the nuances right.

“Although I’m Indian, I was not raised speaking any Indian languages,” she told Parade. “So it was incredibly challenging, and it stressed me out like every night for months before. I got a coach. It’s the hardest thing I ever had to do as an actor – learn another language for a scene.”

The actor also explained that even though her parents are bilingual, she grew up speaking only English.

'Ocean's 8', a female heist drama, pick up from where Oceans 13 ended where Sandra Bullock plays Dannie Ocean's sister Debbie who recruits 7 women to carry out a heist.