'We will miss them forever,' President says of Sridevi, Vinod Khanna at National Film Awards 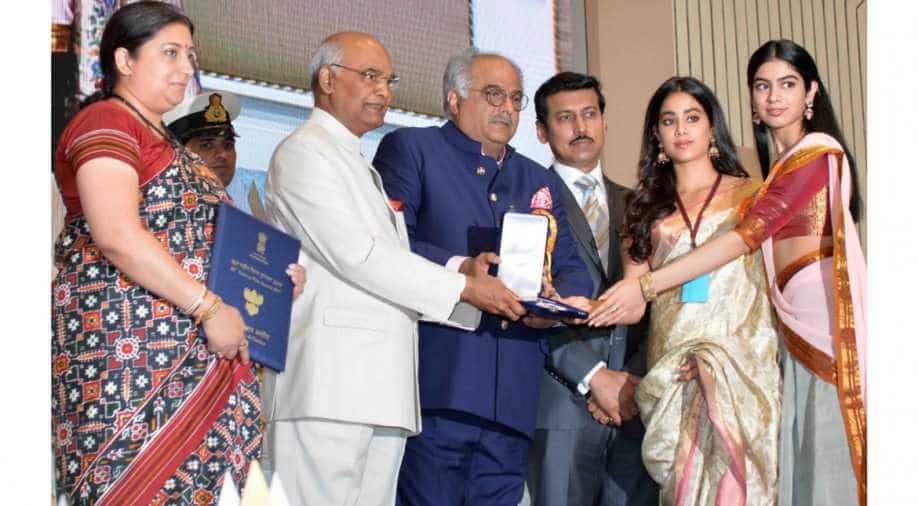 Indian President Ram Nath Kovind presented the 65th National Film Awards to recipients for the Indian entertainment industry. As he wished the 125 award winners for their efforts and contribution to the industry, Kovind mentioned two awardees, Sridevi and Vinod Khanna who were honoured at the ceremony posthumously.

He said, “Unfortunately Sridevi who was awarded Best Actress for her role in MOM and Vinod Khanna who was given Dadasaheb Phalke Award for his lifetime contribution, we miss them today and we will miss them forever.”

He continued, “There are timeless films,  so many come to my mind like Mere Apne, Lamhe that were more than just box office successes, they captured our emotions.”

Remembering the two veteran actors, Kovind said, “ When they passed away, for millions of film lovers, the loss seemed personal. Their fans and followers can be found all over the country. This is the beauty of cinema,  our film industry unites us as few others do.”

The National Film Awards came under fire when 68 awardees boycotted the ceremony and skipped it as they got to know that the President, unlike all previous years, will only be presenting the award to 11 winners while the others will be presented the award by the Minister of I&B, Smriti Irani.