Manushi Chhillar making her debut in Student Of The Year 2? Karan Johar clarifies 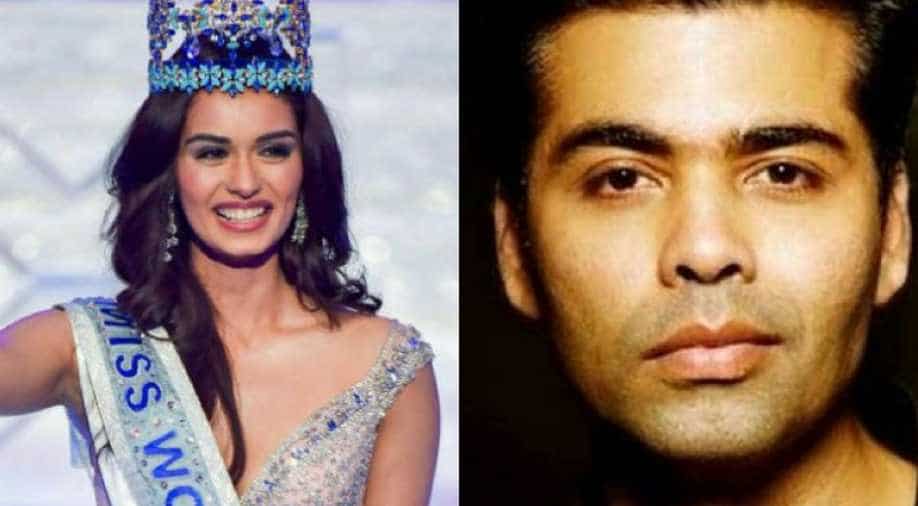 Manushi Chhilar recently made her debut in Dabboo Ratnani's Calendar and since then tongues have been wagging about her Bollywood debut. Photograph:( Others )

Miss World Manushi Chhillar's debut in Dabboo Ratnani's Calendar 2018 is being seen as a stepping stone into Bollywood. There are rumours that a formal announcement around Manushi's impending debut will follow soon.

Reports also suggested that Karan Johar has signed the beauty queen for his upcoming film Student of The Year 2 which stars Tiger Shroff but the filmmaker denied the news.

"There is no truth to the news yet. We are very proud of Manushi's achievements. I was hosting the show the year she won, so I have met her before and I did see potential in her. I look forward to meeting her... I haven't met her yet after she won the crown for India. But there has been nothing discussed yet," a news agency quoted him as saying.

From Sara Ali Khan to Jahnvi Kapoor to Disha Patani- many names have cropped up for the leading lady's role in SOTY 2 but Johar, who is producing the film, is yet to make an official announcement.

The film is being directed by Punit Malhotra and the first look of the film featuring Tiger Shroff was released a few months back.