Mahesh Babu's 'Bharath Ane Nenu' earns Rs 100 crores in two days of its release, to be dubbed in Hindi 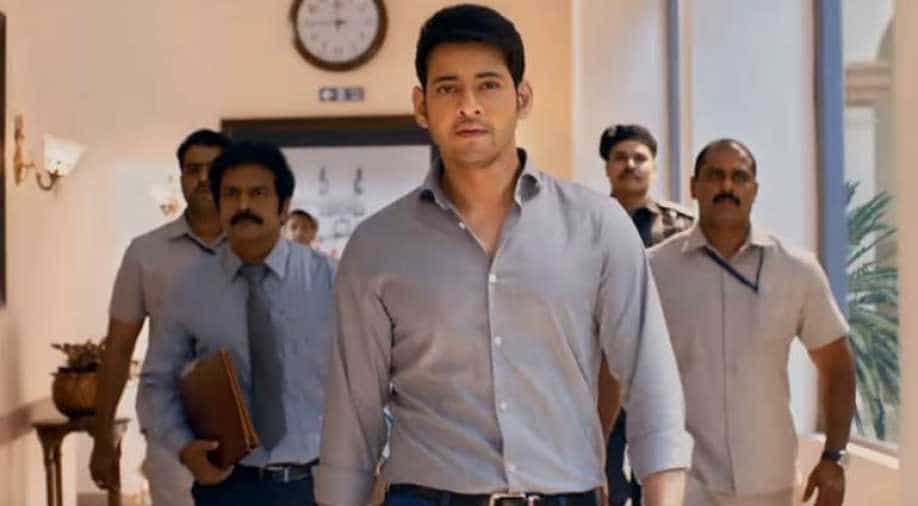 Mahesh Babu's latest film starrer Bharath Ane Nenu has been doing stupendous business and has earned Rs 100 crores within two days of its release. The fans of the star have demanded that the Telugu film be made available in Hindi and now the director of the film has confirmed that the film will indeed be dubbed in Hindi language.

The elated director, Koratala Siva, said, "We always knew our film will strike a chord among the masses. Indian politics has hit an all-time low in many places. There is widespread disillusionment with the people we elect to represent us in Parliament. Why is there no accountability in governance? This is what bothered me when I got down to writing Bharath Ane Nenu," said Siva to a news agency.

The film has Mahesh Babu playing a visionary Chief Minister of Andhra Pradesh who may not be a seasoned politician but has a plan for his state that can help the people.

"Promise," says Siva, "was the key to the plot in Bharath Ane Nenu. When politicians are elected into public offices, they take an oath to serve the people...we the people for the people by the people... But the promise is soon broken. Why? Here was my protagonist who thinks promises are sacred. This gentleman`s word, whether given in his childhood to his mother or to Mother India in his maturity, is never to be broken. The promise was the key to my film."

Mahesh Babu was the first and only choice to play the Chief Minister's role in the film, revealed the director.

"I wanted an actor who can play a politician who is heard without shouting, whom everybody listens to when he talks although he never raises his voice. Someone who could be assertive without getting unnecessarily aggressive. No one fitted the bill except Mahesh Babu. He is soft-spoken and yet persuasive. He is exactly like the Chief Minister he plays in my film. I can`t imagine making this film without Mahesh Babu as Bharath."

And now, so powerful is the impact of Mahesh Babu`s politician`s act that director Siva is now seriously toying with the idea of a sequel.

"I have never liked or entertained the idea of doing sequels or remakes. There are so many fresh stories to be told. But the story of Chief Minister Bharath is too relevant and too pervasive to be forsaken. The country needs a political change. Bharath represents that change."

"Seeing the impact of the film`s political message, we are now planning to dub the film in other Indian languages including Hindi. We should`ve done this from the start. We should`ve known that the craving to see a new political awakening is pan-India. We are taking the film to other parts of India apart from Andhra. We feel the political message of the country is relevant to every Indian."