'Koffee With Karan' Season 6: Not Virat-Anushka but Shah Rukh, Kajol and Rani to be the first guests 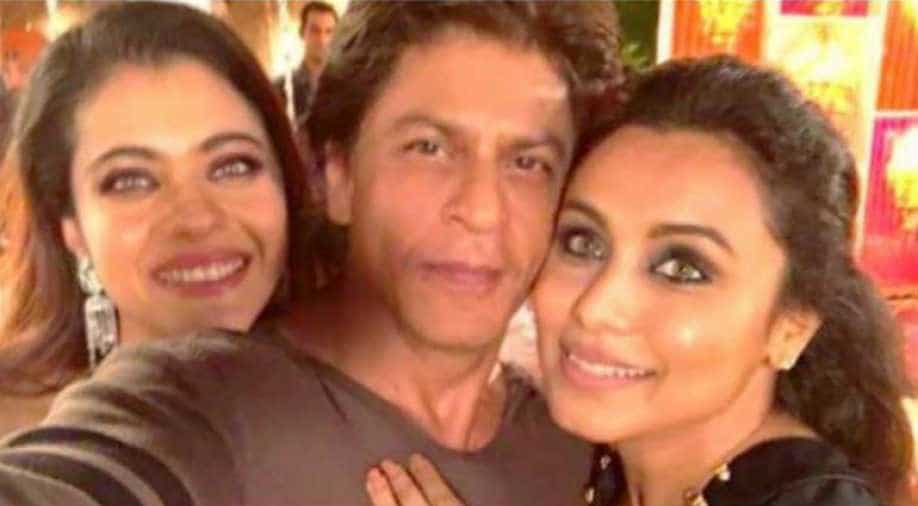 Kajol and Rani Mukerji will also be seen in a cameo in SRK starrer 'Zero'. Photograph:( Twitter )

The ever popular show Koffee With Karan is going to be back with its sixth season. The chat-show hosted by Karan Johar features two Bollywood celebrities in each of the episodes where they discuss the film industry with Johar.

Rumours had it that the first episode of the sixth season would feature newly-married couple Anushka Sharma and Virat Kohli.

Latest news suggests that despite KJo's eagerness to feature Virushka in the first episode, the couple will not shooting for the show anytime soon due to their prior work commitments. News has it that Shah Rukh Khan, Kajol and Rani Mukerji will share the couch in the first episode.

Incidentally, the show- that will go on air in October will coincide with the 20 years completion of Johar's debut film Kuch Kuch Hota Hai which featured these three actors. The trio had earlier appeared in Season 2 of Koffee With Karan back in 2007.

"One may argue that the combination lacks novelty, but it scores on nostalgic value. The line-up is yet to be drawn. It's still in the brainstorming stage. A lot of names are being tossed around and it's too early to say," a source close to the show was quoted as saying to a daily.

Interestingly, the previous season did not feature Rani Mukerji or Kajol. While Rani was on a maternity leave when the show was on air, Kajol and Karan had a fall out. But the two seemed to have buried the hatched and made peace.

The episode will be shot in September and Koffee With Karan will start airing from October onwards.