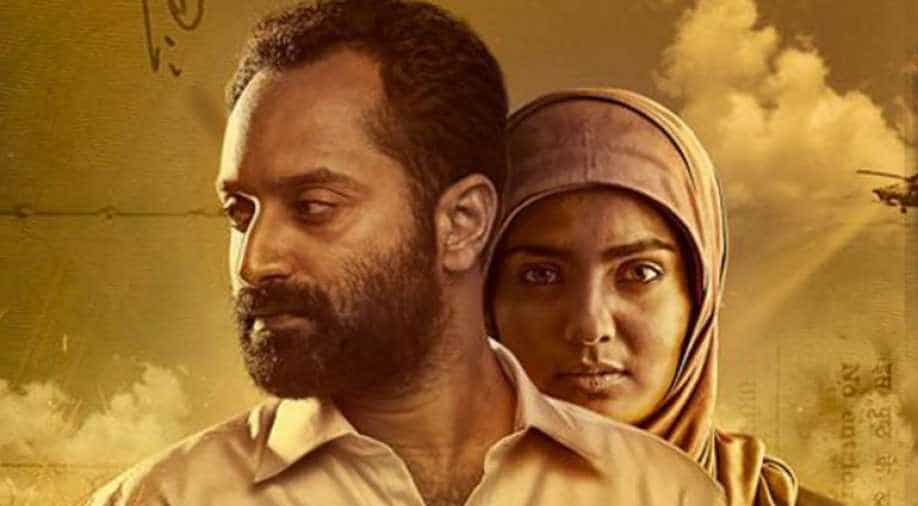 Fahad Faasil and Parvathy in a poster of Take Off. Photograph:( Others )

Parvathy, who made headlines last year for calling out misogyny in Malayalam headlines, has been conferred with the Best Actress award at the Kerala Film State Awards. The official announcements were made on Thursday afternoon at a press conference in Thiruvananthapuram.

Minister A K Balan addressed the media gathering and announced the winners. Malayalam actors Indrans won the best actor award for Aalorukkam and Parvathy, the best actress award for her film Take Off.

Take Off, based on the ordeal of Indian nurses in the city of Tikrit, Iraq, in 2014 also won best Background score. Best film award went to Ottamuri Velicham and Aedan. Lijo Jose Pallisery won Best Director award for E Ma You.

4) Best Actress: Parvathy for Take Off