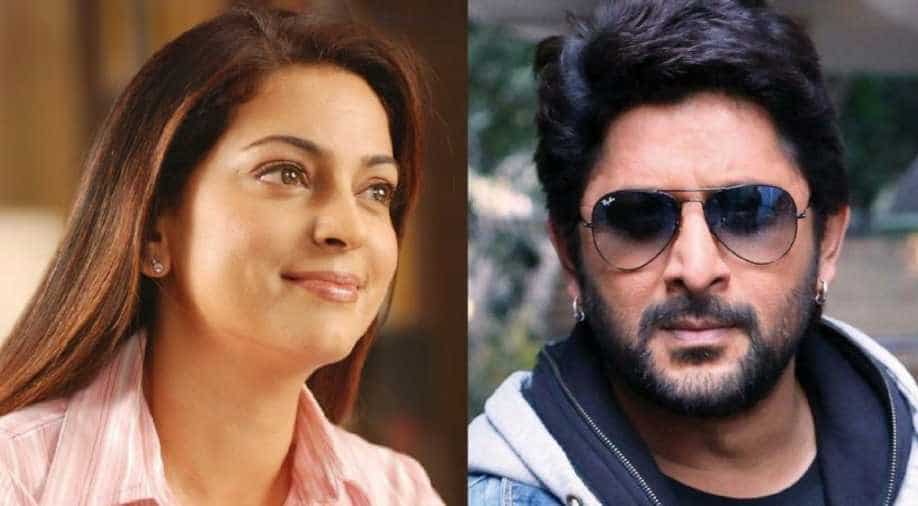 The last time we saw Juhi Chawla and Arshad Warsi together on the big screen was in 2008 when they starred together in Jaideep Sen's Krazzy 4. They will now be seen in Niddish Puuzhakkal’s upcoming film ( that is as of yet untitled).

According to a Mumbai-based daily, Juhi apart from her cameo role will also be seen in a song in the film. It is said that her cameo will add a twist to the psychological thriller film where Arshad Warsi’s common man character finds himself in the most extraordinary situations.

Speaking to a daily, Juhi said, “The film is a new space for me as I am not playing the usual Miss Goody-two-shoes. My character is challenging and the first morning started with discussions on how I should play it. We finally kicked the shoot at 1 pm."

Along with Arshad and Juhi, Divya Dutta will also be seen in the film who will play the role of Arshad's wife.

Arshad was last seen in a mainstream role in Jolly LLB which turned out to be a surprise hit. Meanwhile, Juhi is last reported to have joined hands with her yesteryear co-star Anil Kapoor for Vidhu Vinod Chopra’s next titled Ek Ladki Ki Dekha Toh Aisa Laga.