Is this why Priyanka Chopra will never work with Abhishek Bachchan? 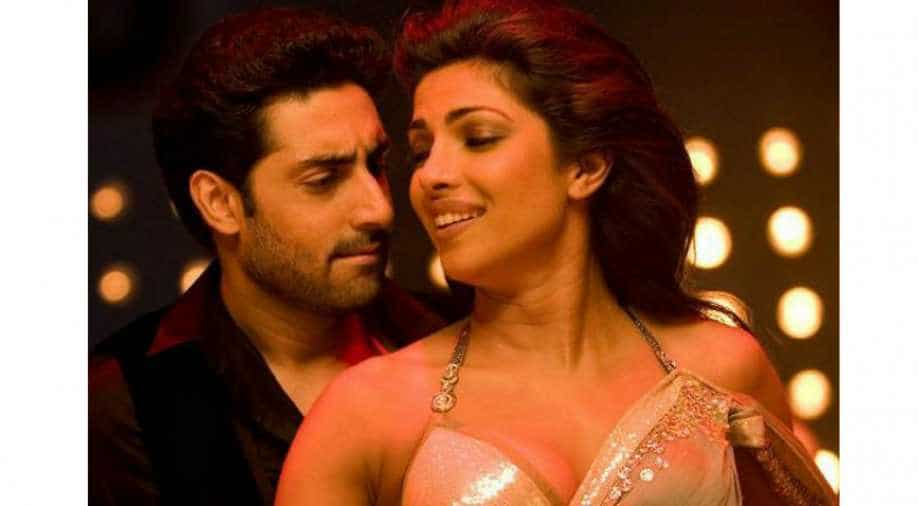 The chemistry between Priyanka Chopra and Abhishek Bachchan in ''Bluffmaster'' was loved by the audience. The movie also performed extremely well at the box office. Even after getting so much love, they still worked together in just three movies.

Did you ever think of what could be the reason behind it?

As per reports, the reason behind this is Abhishek's wife Aishwarya Rai Bachchan.

The report stated, ''Priyanka Chopra who is back to Bollywood and is considering director Shonali Bose's movie, has a history with actor Abhishek Bachchan. While Shonali wants to pair the two for her next, it seems slightly difficult no matter how hard the director tries.''

But what led to a rift of between the actresses?

An undercurrent of hostility has been running between Abhishek and Priyanka since their ''Bluffmaster'' days as Aishwarya got replaced by Priyanka in the lead role.

Due to this replacement, Abhishek's relationship changed with Priyanka. As a result, the vibes between the two actresses affected Abhishek's relations with his co-actor. The two were last seen working together in ''Dostana'', but they have constantly been refusing to do films with one another.

According to sources: ''In a recent event, Priyanka opted out of Sanjay Leela Bhansali's production of a biopic on poet Sahir Ludhianvi when Bhansali insisted on Abhishek in the titular role.''

This time, however, the ball is in Priyanka court as it the story focuses on the story of a mother-daughter duo. It looks like Abhishek might have to leave, as the father's role is negotiable.

A source had also informed, "Shonali Bose met with Abhishek on the sets of ''Manmarziyan'' and shared the idea of making a movie on the life of Aisha Chaudhary. He liked it and she will be giving him the final narration soon. If he comes on board, Priyanka and he will play parents to the young protagonist casting for which is currently underway. Meanwhile, Shonali is working on the script and hopes to start shooting by the year-end."