Deepika Padukone and Irrfan Khan's film with Vishal Bhardwaj has been delayed. Here's why 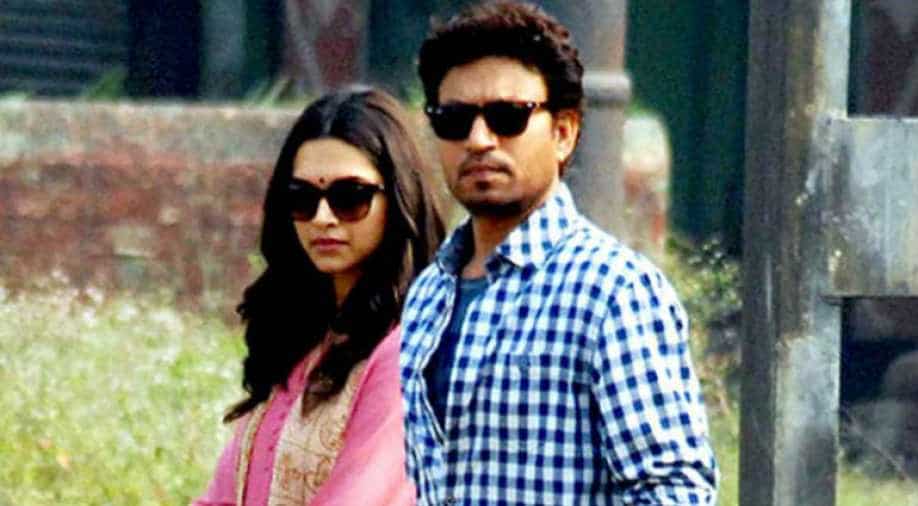 A still from Shoojit Sircar's Piku. Photograph:( Others )

When the first news of Vishal Bhardwaj signing Deepika Padukone and Irrfan Khan came, most fans rejoiced at the thought that the film will reunite the popular Piku pair.

Bhardwaj on Thursday shared that the film has been delayed.  Both Deepika and Irrfan are unwell and hence Bhardwaj has pushed back the film by a few months. In a Facebook post, Bhardwaj wrote, " I am pushing back the film by a few months as both of my lead actors are down with different health problems. Irrfan is down with jaundice and it will take him a few weeks to recover and Deepika Padukone's back problem which had previously developed during the shooting of Padmaavat has now resurfaced. Her role in the film is very physically demanding and the doctor has advised her not to do any strenuous work for a couple of months."

Bhardwaj expressed that how he was overjoyed to see Deepika and Irrfan's look test for the film. "In the past few weeks, I felt like I was back in the days of Maqbool while prepping with them. Deepika and Irrfan’s look tests have come out exceptionally well, nothing like you’ve seen before, and it took me a moment to recognize them when I saw the test photographs."

There have speculation that the film is based on mafia queen Rahima Khan (Sapna Didi) but Vishal refuted the news and said, " I would also like to clear that the film is still untitled and is not based on Rahima Khan/Sapna Didi’s life. Yes, it’s a takeoff from the story Femme Fatale from Hussain Zaidi’s book Mafia Queens of Mumbai but as we worked on this idea, the story and screenplay have taken on a new identity and shape," wrote the director.

On Wednesday, Deepika was spotted at the Mumbai airport with a bandage at the nape of her neck.

Deepika Padukone spotted at the Mumbai airport on Wednesday with a bandage near the nape of her neck. Photo: Yogen Shah (WION)