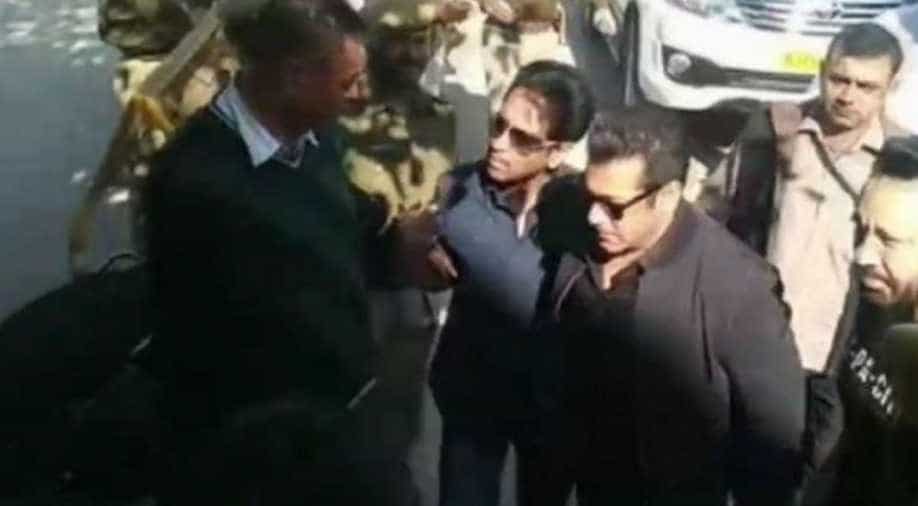 Salman Khan and his "Hum Saath Saath Hai" co-stars, Sonali Bendre, Saif Ali Khan and Tabu were accused of poaching blackbucks during the shooting of their film in Jodhpur. Two of these endangered species that are protected under the Wildlife Protection Act were killed on the outskirts of Kankani village near Jodhpur.

While the court proceeding took place, Salman Khan was seen getting emotional.

As an eyewitness to the case, Poonamchand gave his statement in court, observers saw Salman get uncomfortable. It was reported that Bollywood's bad boy got teary-eyed while the statement got recorded.

Earlier in January 2017, Salman had testified in 1998 case and pleaded not guilty. The actor, in his statement, had said "Only the first forensic report of Dr Nepalia saying that the animal died of "natural causes" was true and the rest of the evidence is false".