Arjun Kapoor to team up with father Boney Kapoor for another film? 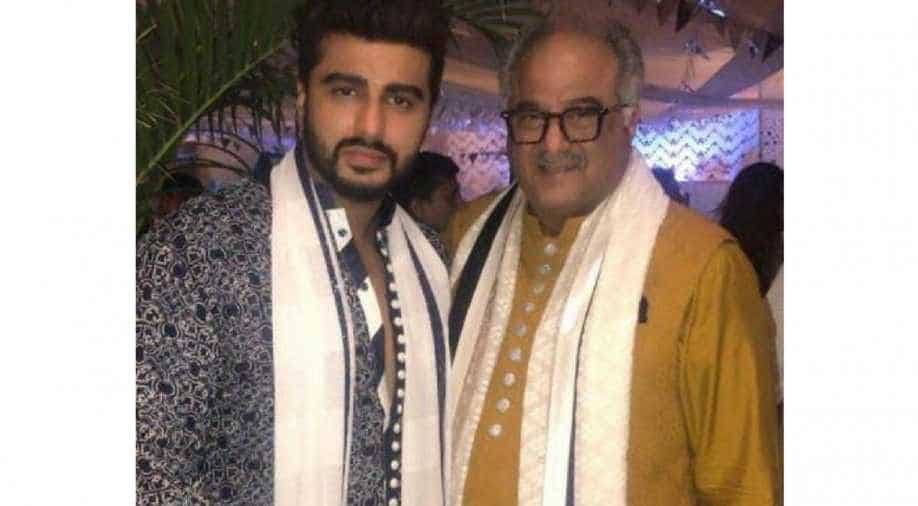 We have been seeing father-son duo Boney Kapoor and Arjun Kapoor making a lot of public appearances together. Solidifying their relationship, looks like the duo will now be reuniting for a project.

The last time they collaborated was for “Tevar” which did decent business at the box office. It was produced by Boney Kapoor and was the first time the two worked together.

According to report in a leading fashion magazine, Arjun is all set to collaborate with Boney once again. Boney has reportedly bought the rights of a South Indian film and will remake it in Hindi with Arjun Kapoor as the lead.

Meanwhile, Arjun is busy with Ashutosh Gowariker’s “Panipat”, Rajkumar Gupta’s “India’s Most Wanted” in which he plays an intelligence officer. He has wrapped up “Sandeep Aur Pinky Faraar” and is currently busy with the shoot of “Namaste England”.

About teaming up with father Boney Kapoor again after “Tevar”, Arjun said in an interview, “"We will definitely be working together and there are no two ways about it. Of late, I’ve been busy doing my film while he was releasing his production venture (Mom), so we have actually not caught up properly. Then, he went for a holiday. Now, I have got into the prep for Dibakar (Banerjee film-maker) sir’s film. But that thought is there, so let it happen organically. I would like to believe that I am here (in the industry) for a long time so, whenever I get the correct film, I will do it. That might happen next year, or take six months or even one-and-a-half years. It’s just a matter of finding the correct material and director."