Anushka Shetty's Bhaaghamathie teaser will give you the chills 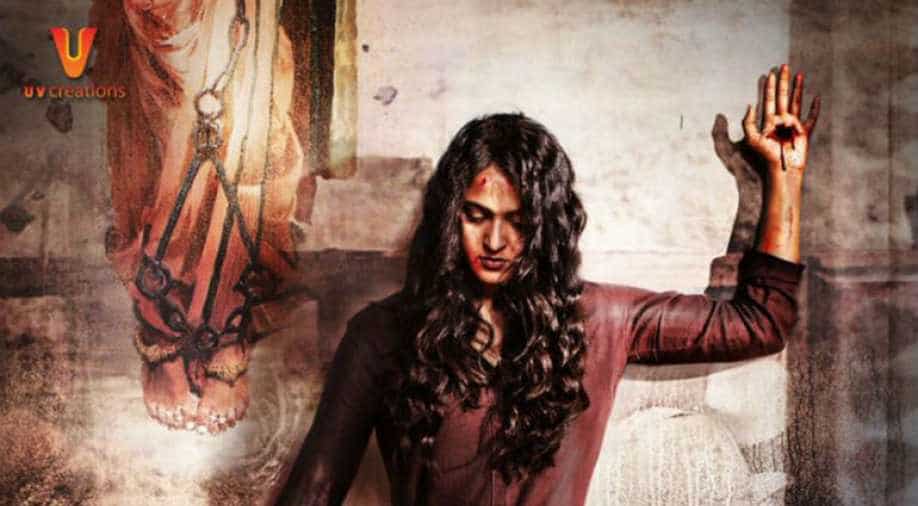 The poster of the film which released a month back. Photograph:( Twitter )

One of the most popular faces of Telugu cinema, Anushka Shetty is all set to impress one and all with her new film Bhaagamathie. The makers released the teaser trailer on Wednesday and it is bound to give a chill down your spine.

The teaser leaves you intrigued as so many elements are shown in the video yet they are half hidden.

Directed by Ashok, Bhaagamathie is Anushka's first release after last year's blockbuster Baahubali 2.  As a result, the expectations from the film are very high as everyone is curious to see how Anushka would perform in a new role.

Set to release on January 26, 2018, the thriller also stars Unni Mukundan, Jayaram, Asha Sarath and Aadhi Pinisetty. The film will be released in three languages — Telugu, Tamil, and Malayalam. The Tamil Nadu rights for the film were bagged by Studio Green.