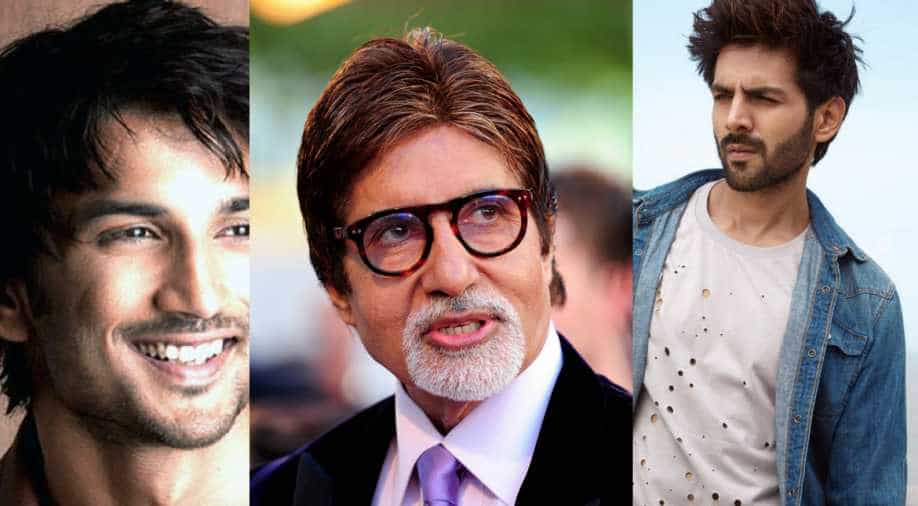 Remember Aankhen, the 2002 film that pitted Amitabh Bachchan with Akshay Kumar and Arjun Rampal in a heist thriller? There will now be a sequel to the film, after a gap of 16 years as Aankhen 2 will return with Amitabh Bachchan in the sequel and two new male faces.

In a report, a source close to the film revealed to a website: "Talks with Sushant Singh Rajput and Kartik Aaryan are in the final stages. The rest of the names will be in place soon as well."

The source added that Amitabh has to be a part of the film as he drives the central plot in the film.

The sequel to the film has, however, taken longer than usual as it was supposed to return in 2016 instead of 2018. Earlier, the decided star cast for the sequel was Amitabh Bachchan, Anil Kapoor, Arjun, Arshad Warsi and south actress Regina Cassandra. The film blocked as it got entangled in a legal battle.

The legal battle ended in March last year when the High Court knocked the producer for not following its order. He was also stripped off of all the rights to make the sequel of the film.

The film will be now produced by RajTaru Studios.