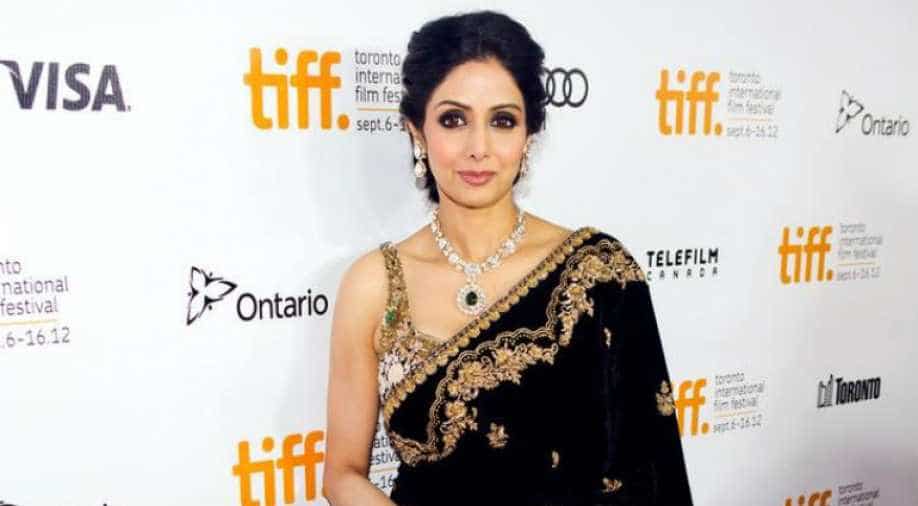 File image of Sridevi at the TIFF screening of English Vinglish in 2012. Photograph:( Reuters )

According to media reports, the Dubai Police recorded the statement of Boney Kapoor and the hotel staff on Monday evening in an effort to ascertain the exact circumstances that lead to the drowning of the actress.

Dubai rules state that any death occurring outside a hospital has to be thoroughly investigated even if it has been a natural death.

Another twist came with the mention in the forensic report of traces of alcohol in her blood -- with some media reports claiming that it was found to have been at "elevated levels".

Sharing the image of the forensic report, Gulf News stated that Sridevi, who had traces of alcohol in her blood, lost balance and fell into the bathtub and drowned.

According to a post on the official Dubai Media Office Twitter handle, Dubai Police has transferred the case to Dubai Public Prosecution, which will carry out regular legal procedures that are followed in such cases.

Meanwhile, the Indian envoy in UAE stated to ANI that the Indian embassy is trying hard to send mortal remains of Sridevi to India at earliest.