Diwali deliveries: those who shoulder the festive burden 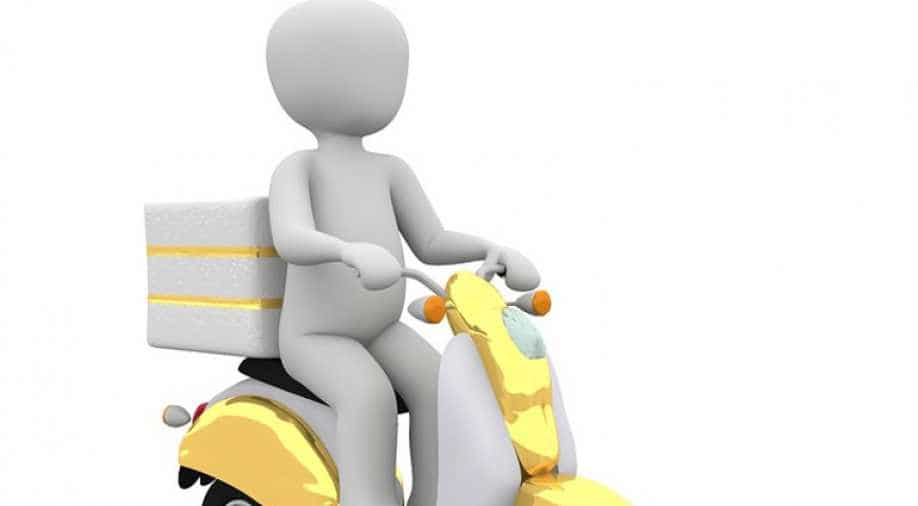 There are thousands of delivery boys, who deliver up to 200 packages a day during peak shopping seasons, often for less than Rs 20 each. (Image Source: Pixabay) Photograph:( Others )

Nibesh Yadav must hit the road by 8 am sharp. He checks his motorcycle for fuel, loads the day's orders on his outsized backpack and off he goes to make "khushiyon ki home delivery".

With Diwali only days away, this is the high season for online shopping and for delivery boys who traverse from one end of the city to the other dropping off everything, from eye pencils and evening dresses to mixer-grinders and mobile phones.

Nibesh is among the thousands of delivery boys, who deliver up to 200 packages a day during peak shopping seasons, often for less than Rs 20 each. All the packages must be delivered by 8 pm.

They are a familiar sight young men, in their 20s and 30s, with huge overloaded backpacks, climbing up and down floors, stepping into creaky lifts and wiping the sweat from their brows at red lights.

With online portals offering irresistible Diwali sales, the delivery boys are on their toes, toiling for over 12 hours a day to ensure that the package you've been waiting for reaches on time.

"It can be tough but this is what it is," said Nibesh with a philosophical shrug.

Many are not directly employed by companies like Amazon, Flipkart and Myntra, but are 'outsourced partners', who come in handy during the festive season when the pressure to deliver is immense.

Amazon, for instance, has 350 service partner nodes and 1,75,000 'I Have Space' store partners across the country.

This is in addition to those directly employed at operational centres, said a company spokesperson.

A Myntra insider added that the company deploys about 1,000 people to tide over the festive rush and also has a MENSA (Myntra Extended Network Through Store Activation) network of close to 2,000 stores across India to enable deliveries.

The hours are long, the money less.

Nibesh said he has to pay for the vehicle and the fuel, and also bear the cost of any damage or loss of package.

He has employed another boy, and the two move around the city delivering over 100 packages on a regular day. This goes up to 200 packets during the festive rush.

The packets are stuffed inside a big backpack, which itself weighs 1 kg.

"The bag ends up weighing something around 35-40 kg. We travel on our bikes and the backpacks on our shoulders make it difficult to balance, especially over speed-breakers. It increases the risk of accidents. There is also the danger of losing or damaging the packages," he said.

In older residential colonies in the city, which do not have elevators, he has to carry the weight all the way up, sometimes five floors, and back.

Praveen Kumar, another 'store' owner who has been delivering in Delhi-NCR for over two years now, added that he makes two trips to and from his store every day, carrying 45- 50 packets every time.

"Sometimes the packets are too heavy, especially if there are shoes. So, I have to make two trips," he said.

Managing time is crucial, because a delayed package can land delivery boys like Nibesh and Praveen in trouble.

"We must deliver all the packets for the day before 8 in the evening," Praveen said.

Any delay in delivery, and the customer immediately shoots an email to the company.

"They do not understand that the delay is not on purpose.

Sometimes it is the weather, other times it could be an accident or a tyre puncture," Nibesh said.

Both lament the humiliating treatment meted out to them by customers.

Sometimes, for instance, card machines provided by the companies don't function due to poor network. Some customers are kind enough to go to the ATM and get cash, most simply complain and shout at them.

"They are extremely disrespectful to us," said Nibesh.

Customers celebrate, receiving and giving gifts, and portals rejoice at turnovers as another Diwali comes around.