Did you know? India used to print currency for Pakistan for almost one year after Independence 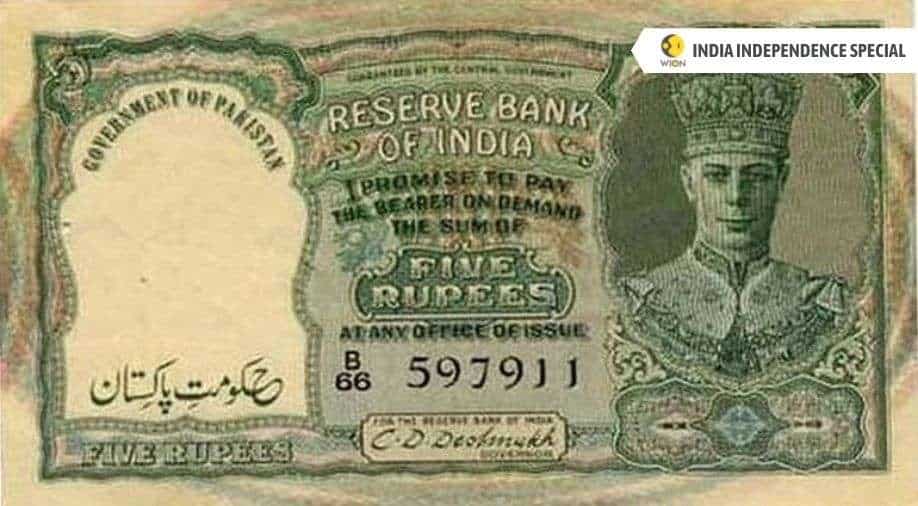 Indian rupees stamped with Government of Pakistan as a legal tender in the new state of Pakistan in 1947. (Credit: WikiCommons) Photograph:( Others )

Have you wondered how India and Pakistan started to function immediately after partition, especially Pakistan having no central banking system?

Independence Day is celebrated in India on August 15, when the country got freedom from the oppressive British colonial rule in 1947 after decades of struggle and sacrifices.

The end of British rule and the establishment of an independent nation also led to the division of the subcontinent into two parts — India and Pakistan. The Partition was marked by an outbreak of violence over the division of territories, powers and assets.

But have you wondered how the nations started to function immediately after partition, especially in Pakistan without any central banking system?

The partition posed several delicate problems as there were arrangements needed over issues related to currency and coinage, management of exchange and public debt, transfer of staff and property and division of profits, assets and liabilities.

Following the acceptance in principle of Partition, a special committee of the cabinet was set up by the interim government "to examine the administrative consequences of Partition and to take necessary steps for the transfer of power to the two Dominions".

Later, the Committee was replaced, from July 1, 1947, by the Partition Council, which had the Governor General as its Chairman and two representatives each of the Indian National Congress and the Muslim League as its members.

It is an interesting fact that the Reserve Bank of India used to supply currency to newly-established Pakistan and it also served as the central bank till the State Bank of Pakistan commenced operations.

The first currency to be used in Pakistan after its creation was the Indian Rupee, which had "Government of Pakistan" printed on it in English and "Hakumat-e-Pakistan" printed in Urdu on the white area of the note.

As per the RBI documents: "Under the arrangements agreed upon, the Bank was to be the currency authority in Pakistan and banker to the Central and Provincial Governments in Pakistan till the end of September 1948. It was also required to manage Pakistan's exchange control and public debt till the end of March 1948." 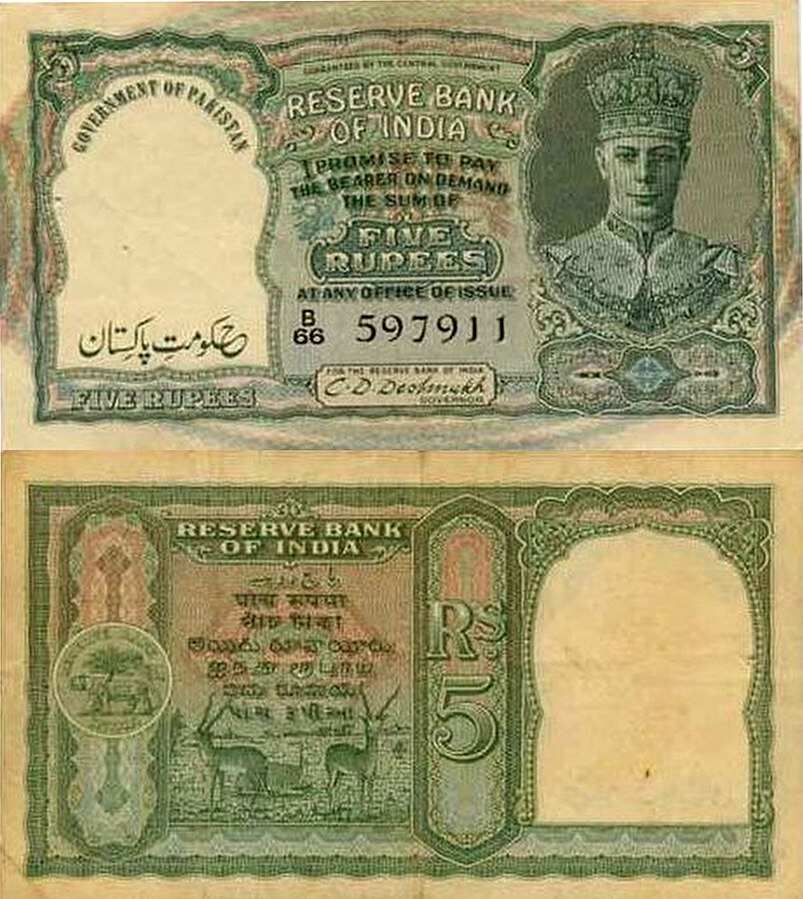 As per the provisions, it was agreed that the existing currency and coinage would remain common to both the territories up to March 31, 1948. The subsequent six months (April-September) would be a transitional period, during which only Pakistan overprinted notes would be issued in Pakistan areas but India notes already in circulation in Pakistan would continue to remain legal tender there.

It was also decided that the minting of Pakistan's new design coins would start from March 1, 1948, and would be issued in Pakistan from April 1, 1948.

Later, the Reserve Bank ceased to function as the central bank for Pakistan three months earlier than the scheduled date, i.e., as from July 1, 1948.