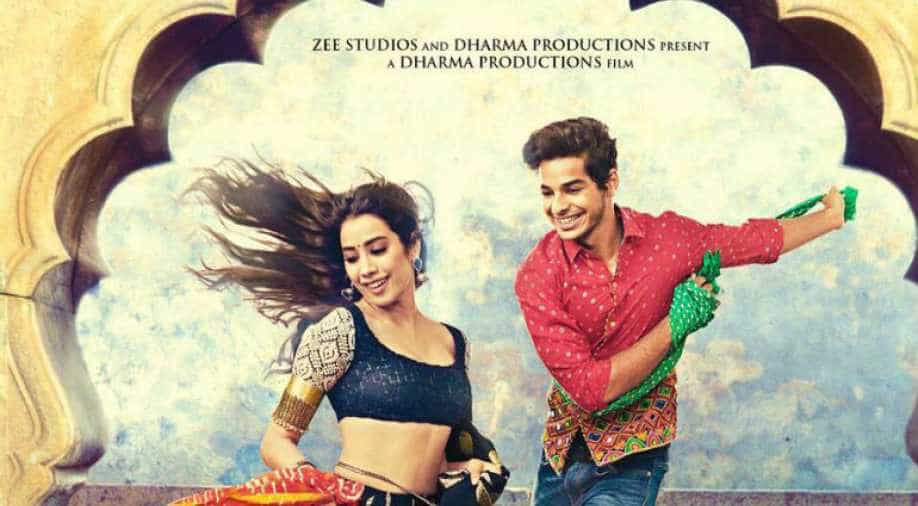 The film is scheduled for a release in July 2018. Photograph:( Twitter )

The shooting of Jhanvi Kapoor and Ishaan Khattar starer Dhadak is underway in full-swing. The same was confirmed when producer Karan Johar who took to social media and posted a picture from the sets of the much-anticipated movie.

The film is scheduled for a July 2018 release and marks the debut of Sridevi's daughter Jhanvi and Shahid Kapoor's half-brother Ishaan Khattar.

The official poster of the movie was shared on social media by Karan Johar in November.

The movie is being filmed in Rajasthan. Ace designer, Manish Malhotra, has posted several pictures and videos from the sets in Udaipur, Rajasthan in the recent past.