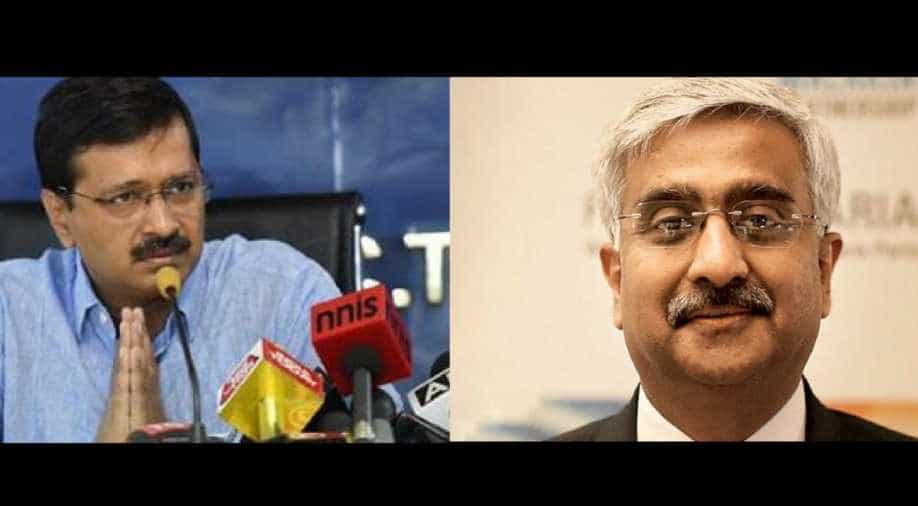 The criminal case relates to the alleged assault on the then Delhi Chief Secretary Anshu Prakash during a meeting at Kejriwal's official residence on February 19.

A Delhi Court on Friday said it would hear on January 30 the chief secretary assault case in which Chief Minister Arvind Kejriwal and his deputy Manish Sisodia have been named as accused.

Additional Chief Metropolitan Magistrate Samar Vishal was told by the counsel for Kejriwal, Sisodia and other AAP leaders that they have not been provided with complete documents annexed with the charge sheet filed by the Delhi Police.

The court asked the counsel for AAP leaders and police to complete the process of scrutiny of documents by January 30.

The criminal case relates to the alleged assault on the then Delhi Chief Secretary Anshu Prakash during a meeting at Kejriwal's official residence on February 19.

Prakash was recently transferred and posted as additional secretary in the Department of Telecommunications.

Kejriwal and Sisodia had earlier approached the Delhi High Court challenging the trial court's order permitting two other advocates to conduct the prosecution on behalf of a Delhi Police officer, instead of a regular public prosecutor attached to the court concerned.

The high court has sought response of the Delhi government, the police and Prakash on the plea.

The ACMM, in an October 22 order, had said let the Delhi Police Commissioner assign the prosecution of this case to some officer not below the rank of Additional Commissioner of Police.

Prakash had told the trial court that the Delhi Police had nominated three well-reputed and experienced counsels for appointment as Special Public Prosecutors and their consents had also been obtained.

Despite recommendation by the officers of the Home Department, the request of the Delhi Police was rejected by the Delhi Home Minister on grounds that the case did not disclose any special features, he had said.

The plea was opposed by the Delhi Police in the trial court claiming that the complainant (Prakash) has not shown any "actual bias" but only an unfounded apprehension of bias and the other cases of similar accused persons have been conducted by regular prosecutors and no bias has been reported.

On October 25, Kejriwal, Sisodia and nine other AAP MLAs were granted bail by the trial court in the assault case.

The other two MLAs, Amanatullah Khan and Prakash Jarwal, who are also accused, were earlier arrested in the case and granted bail by the high court.

The alleged assault had triggered a bitter tussle between the Delhi government and its bureaucrats.