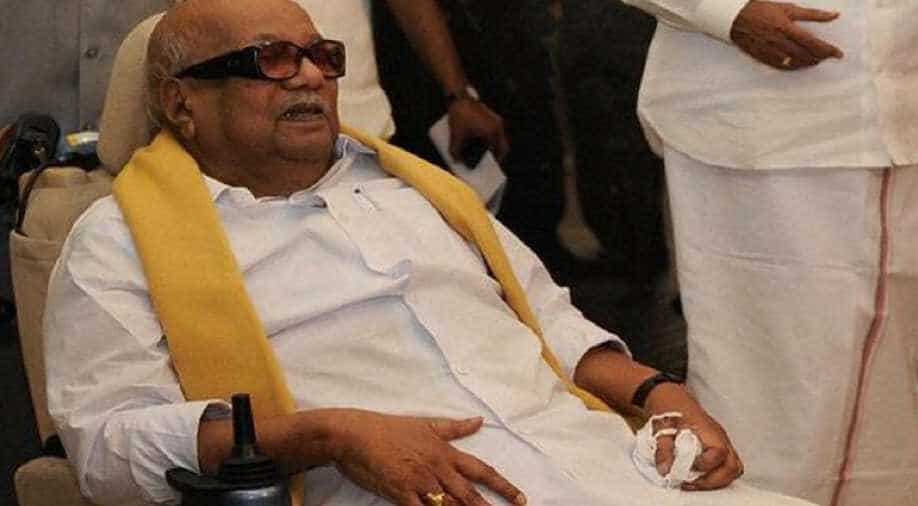 After rumours of "setback" in Dravida Munnetra Kazhagam (DMK) president and former Tamil Nadu Chief Minister M. Karunanidhi's health, Kauvery hospital on Monday issued a medical bulletin in which it stated there has been ''decline'' in the health condition of DMK leader.

Maintaining his vital organ functions continues to remain a challenge considering his age-related ailments, the bulletin said and added that DMK patriarch is continuous monitoring and being treated with active medical support.

The DMK leader's response to medical interventions over the next 24 hours will determine the prognosis, the bulletin concluded.

Karunanidhi was admitted to the Kauvery hospital in Chennai, following a drop in blood pressure in the wee hours of July 28. Since then the five-time Chief Minister's medical status has gone through ups and downs. After a setback on July 29, he continues to be hospitalised for an extended period due to his age-related ailments and is under "active medical support".