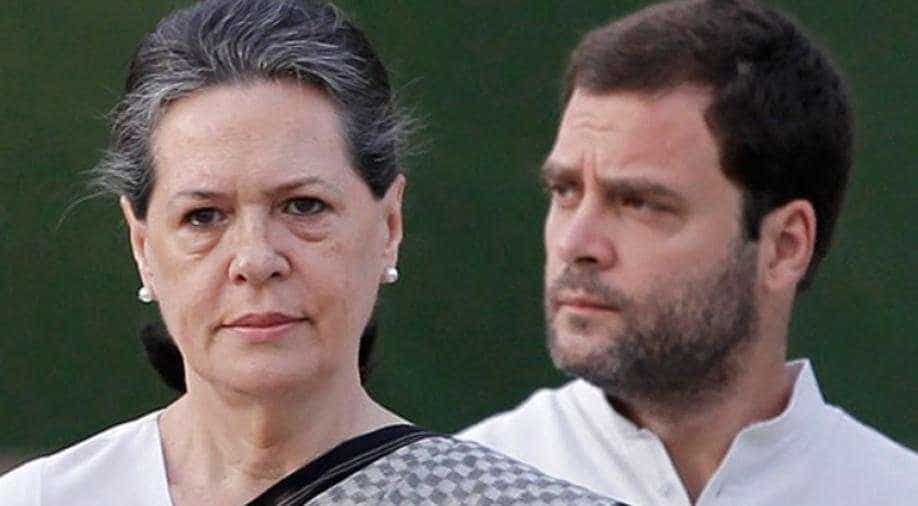 Congress leaders including Sonia and Rahul Gandhi on Wednesday staged a protest in Parliament over the political crisis in Karnataka and Goa.

The protest comes a day after 10 Goa Congress MLAs out of 15 split from the Congress and merged with the BJP on Wednesday, reducing the Congress strength to just five members. Strength of BJP has now risen to 27.

In Karnataka, Several JD(S) and Congress MLAs have resigned withdrawing support from the coalition government in the state.

Congress leaders have repeatedly accused the BJP and the Central government of orchestrating the current crisis in Karnataka and Goa, a charge the BJP has denied.

BJP leaders have asserted that the Saffron Party has nothing to do with the ongoing crisis in both states.

Meanwhile, UPA chairperson Sonia Gandhi on Wednesday chaired a meeting of  Congress MPs of both Lok Sabha and Rajya Sabha at Congress office in Parliament.